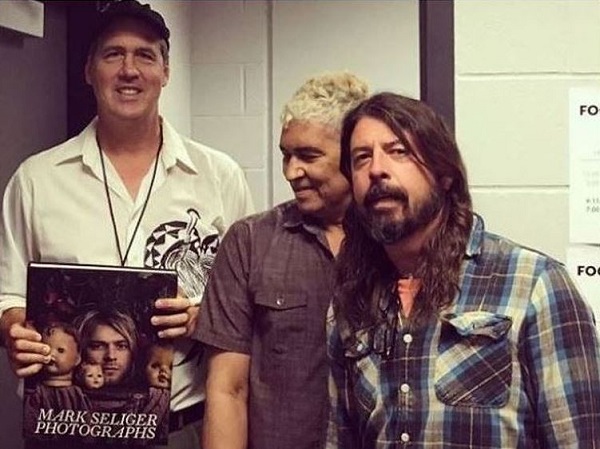 Back in the day, there was a little-known band that went by the name of Nirvana. During his time with that band, drummer Dave Grohl got a glimpse of rock stardom with his fellow bandmates Kurt Cobain and Krist Novoselic before going on to form his side project, Foo Fighters.

During a concert last night in Seattle, that obscure rock band partly reunited when Dave Grohl brought out bassist Krist Novoselic to perform a classic Nirvana cover. There’s video of the cover below…

Novoselic’s new band, Giants In The Trees, kicked off proceedings before  Foo Fighters went on to perform Nirvana’s famous cover of the Vaselines’ song “Molly’s Lips” with assistance from Novoselic.

Before the show, Novoselic took to Twitter to write, “Looking forward to @InGiants opening for @FooFighters this Saturday. It has been my lifelong dream to meet Dan Grohl and Paul Smear.”

Looking forward to @InGiants opening for @foofighters this Saturday. It was been my lifelong dream to meet Dan Grohl and Paul Smear. pic.twitter.com/vt6kLUCWUU

Nirvana’s remaining members have reunited many times throughout the years, most recently taking the stage in Oregon to play the early Foo Fighters hit “Big Me.” They also rocked out together at the ceremony to induct Nirvana into the Rock and Roll Hall of Fame.

Liam Gallagher’s Son Has Launched His Own Band!