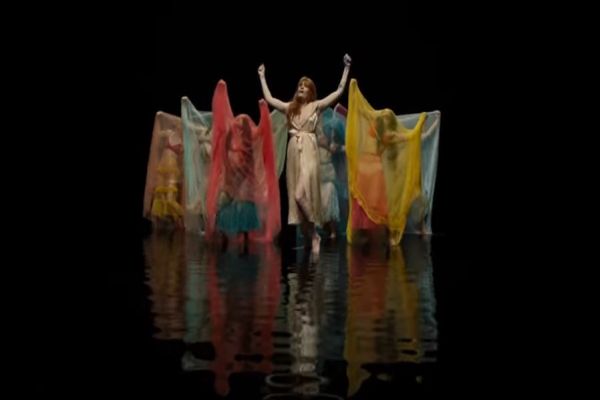 ‘Big God’ is their third offering to be shared from ‘High As Hope’, which is due out on June 29th. It’s a collaboration featuring Jamie xx and features Jazz legend Kamasi Washington on tenor saxophone. The new video was choreographed by Akram Khan and Florence, and directed by Autumn De Wilde.

Florence spoke about the meaning behind the track, ”Big God’ was written about that feeling when someone has not replied to your text, the modern phenomenon of ‘ghosting’ which is one of my favourite words but not my favourite feeling. I was describing it to someone and they said to me ‘you need a big god’, as if the need in me were so cavernous it would take something enormous to fill it. Probably something bigger than a text message.’

‘It’s always been a very physical song, I saw a dance piece in my head as I was writing it, so to co-choreograph something with Akram Khan was a huge honour. Autumn de Wilde fully understood what I was trying to do. The power of the desire within the void. Left with yourself to rage and wonder. And really it is yourself you are raging against. Not the ghost.’