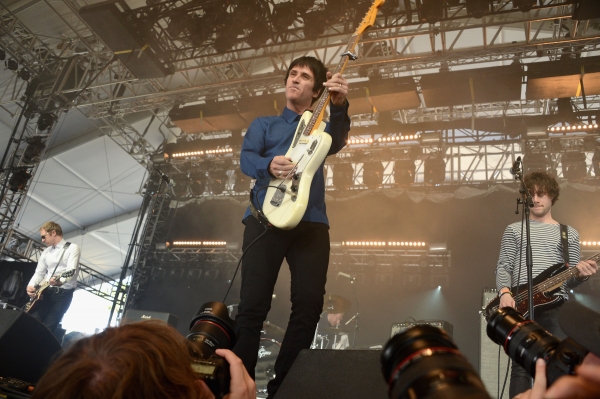 Johnny Marr completed his 2018 tour with a show at the EartH venue in London last night, December 9th. After teasing the crowd the guitarist and singer played The Smiths‘ ‘This Charming Man’ live for the first time ever without The Smiths.

Towards the end of the set in Hackney, Marr asked fans to shout out requests, before he started playing a version ‘Fly Like An Eagle’ by The Steve Miller Band.

Then, according to the NME he joked with the crowd by teasing a few chords of  ‘This Charming Man’, saying to the audience, “that was like a panic attack – an English indie panic attack. Man, I’m just fucking with you”.

He then shocked and surprised punters by performing an energetic rendition  the whole track putting his guitar down to sing among the audience and deliver a passionate vocal.

Marr has often played the riff to ‘This Charming Man’ or teased a few bars of the song before, but this is the first time he blasted it in full with a group as a solo performer. Check out the clip below, and you an see the entire moment by going to one hour and 17seconds in the full video underneath the clip.

Brian Kennedy Backs Sinéad O’Connor For Victory At Next Eurovision