Advertisement
Home Music Watch Matt Damon Get Into An Argument About Weezer on SNL! 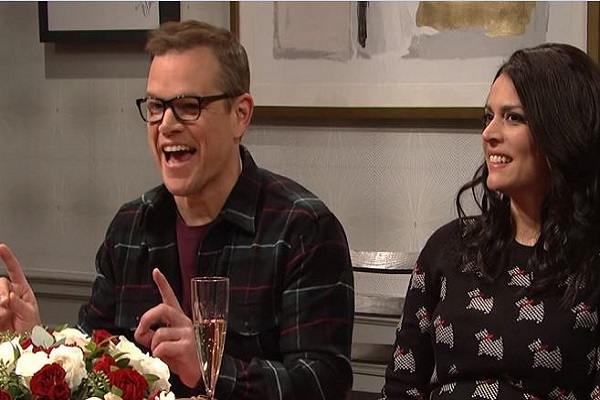 Matt Damon was the guest host of this weekend’s Saturday Night Live, where he starred in a couple of holiday sketches. In one particular sketch, Damon was having Christmas dinner with his new neighbours Kenan Thompson and Leslie Jones.

As was everyone was getting to know each other, Weezer’s recent cover of Toto’s “Africa” starts playing in the background when Damon and Jones get into a heated debate about whether the band is still any good.

The argument gets close to a punch-up before Damon storms out the house, quoting the band’s 2005 hit “Beverly Hills” with his exit. The band haven’t formally responded to the sketch but drummer Patrick Wilson wrote on Twitter, “Go Matt Damon!”

Members Of Red Hot Chili Peppers & Pearl Jam Have Been...