Home Music Watch: Metallica’s Jame Hetfield Give His Guitar The Once Over! 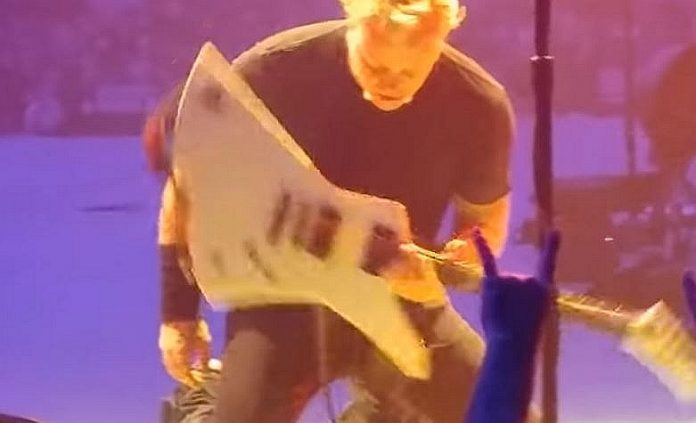 At Metallica’s concert in Little Rock, Arkansas last Sunday January 20th, lead singer James Hetfield went to work on his guitar after the band played the song “Sad But True.”

According to Alternative Nation, people took to social media to offer their thoughts when Hetfield vented his frustration. On reddit, one fan wrote,

“He dropped it and it snapped the audio cable plug so he got pissed at himself and threw the guitar. They were trying to remove the end of the plug from the guitar after that..”

Another Metallica fan said, “I remember this happening. It was at the end of Sad but True. The guy sitting next to me said they messed it up real bad so i assumes he was just pissed about the screw up.”