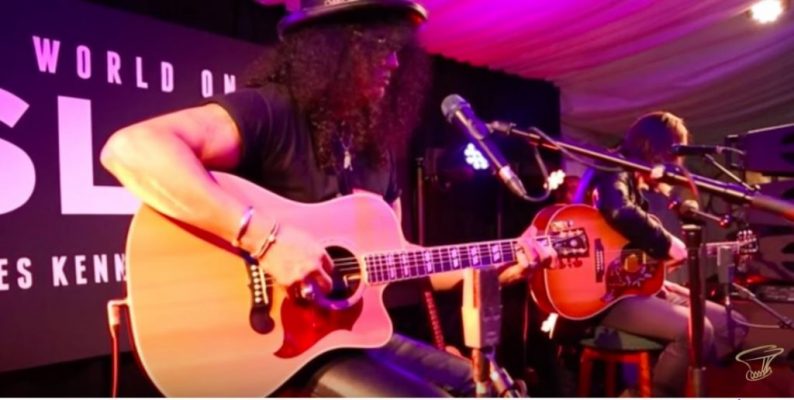 Slash Ft. Myles Kennedy And The Conspirators have shared a live performance video of their 2010 track, “Ghost”.

The offering serves as the latest preview to their imminent live package called “Living The Dream Tour.”

Antimusic reports that this version was captured during a February 2019 show at London’s legendary Hammersmith Apollo. The show as part of a European stint in support of their 2018 record.

After wrapping up their North American dates, Slash will now rejoin Guns N’ Roses late next month for another round of dates on the Not In This Lifetime tour.