A casino site in the UK is to hire someone to watch every episode of The Simpsons – offering nearly €6,000 and a weekly box of doughnuts.

The long-running series is credited with foreseeing Donald Trump’s presidency and even the coronavirus pandemic, the site noted in its job ad.

Platin Casino said “We thought we’d put The Simpsons to the test and see if, after analyzing every single episode, it can help us to predict the future.”

It added that it should take eight weeks to get through more than 280 hours of footage.

“The Simpsons Series Analyst will watch and analyze all episodes from the 33 seasons, along with The Simpsons spinoff movie,” the site said.

During each episode, the professional will be asked to take notes on stand-out storylines” to help the company’s “team of prediction experts” evaluate the “probability of each one happening” for real.

It will pay the equivalent of €6,000, and expenses to cover Disney+ membership to watch the show as well as wifi to stream it.

The new hire will also “receive a weekly box of doughnuts to enjoy whilst they work – a job benefit we believe that would be loved by Homer Simpson himself!” the ad said.

Platin Casino added “Applicants from all countries are welcome,” the site said, as long as candidate are over 18, fluent in English and are able to access the show but “a love for The Simpsons is desirable, but not essential!” the ad said. 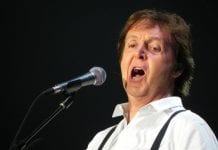