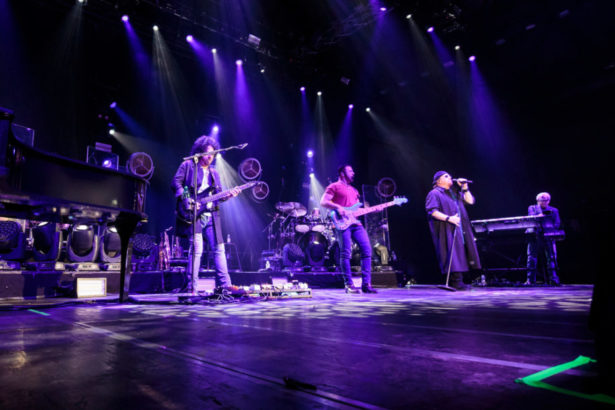 After a recent internet campaign initiated by a then anonymous @weezerafrica fan pleading with Weezer to release a cover of Toto’s classic hit single Africa, the band gave in to endless pressure and released a cover of not only ‘Africa‘  but also their version of Toto’s #2 hit single ‘Rosanna.’

Now Toto have returned the favour with a cracking live cover of Weezer’s ‘Hash Pipe’. There’s great fan footage of the concert available below.

On Monday night, July 30th at The Centre in Vancouver, Toto offered special thanks to Weezer for their cover of ‘Africa’ which had made it into the hot 100 US charts. The band then launched into their own version of the 2001 Weezer hit single ‘Hash Pipe.’ Speaking to the crowd Steve Lukather, the group’s guitarist said,  ‘We figured since we were smoking hash since before they were born, that’s the one we should do…This is our tribute to Weezer, God bless ’em.’

Toto made the announcement that they would be playing the cover after KROQ Los Angeles DJs Kevin Klein and  Ted Stryker threw down the guantlet for Toto to perform a Weezer cover track on air last week. Weezer have since performed the cover of the Toto classic on Jimmy Kimmel Live! and put out a 7″ of ‘Africa.’