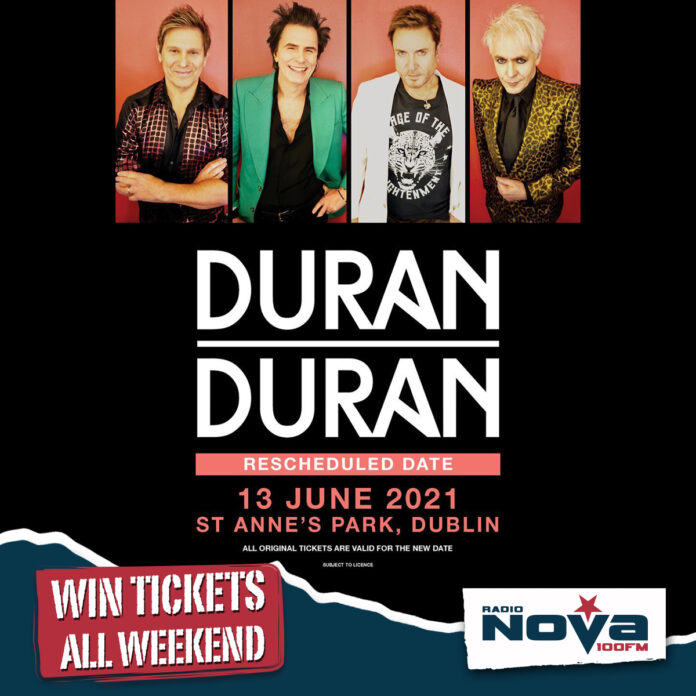 It’s the news Duran Duran fans have been waiting for!

The band have announced that their highly anticipated return to Ireland has been rescheduled.

All original tickets remain valid for the new date.

But if you want to join in the fun then Radio NOVA has you covered!

Stick around this weekend for chances to win your way to see Duran Duran LIVE right here on Radio NOVA!

British music icons, Duran Duran have sold over 100 million records, had 18 American hit singles, 21 UK Top 20 tunes and have continued to perform to huge concert audiences around the world since the band first formed in 1980.