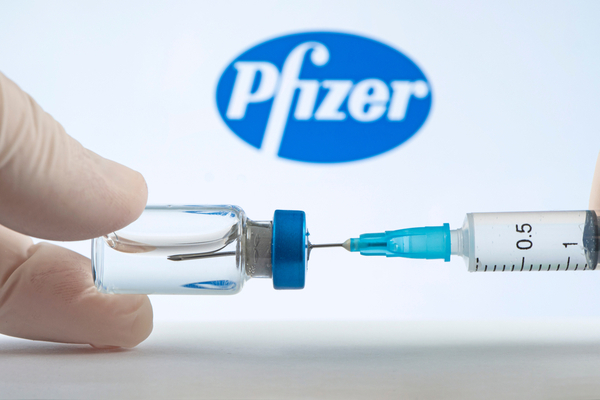 An Italian woman who had been mistakenly administered SIX DOSES of Pfizer vaccine against COVID-19 has been released from hospital. Local authorities say the 23-year-old has not suffered any apparent adverse reactions, following the incident at Noa Hospital, Tuscany.

The patient had been kept under 24-hour observation in the hospital’s emergency room, where doctors said she was given fluids. The woman also received anti-inflammatory and fever medications, which doctors say were taken as a preventative measure.

Director of infectious diseases at Noa Hospital, Dr. Antonella Vicenti said, “This person at this time will certainly not have side effects”. She pointed to Pfizer studies which have shown people did not suffer any consequences as a result of receiving up to 5-times the normal dosage. Vicenti also said patients in Israel and Germany, who had accidentally been given 5-times the usual dosage, also showed no adverse reactions.

Dr Vicenti said the Italian woman did not have fever or pain, “except for pain at the inoculation site, nor any other manifestations”. She said the hospital preferred to keep the young woman until this morning, as she was “a bit frightened”. According to Dr Vincenti, it will remain to be seen if the overdose has any long-term effects on antibody levels and her immune response to the virus. The hospital will regularly test the 23-year-old’s blood to monitor her immune system, determining if she should still get the scheduled second dose.

Dr Tommaso Bellandi, director of patient security for the northwest Tuscany health authority, said the accident occurred because the nurse had an attention lapse. He said this was something that “should never happen” but these things can happen “due to our limits as human beings, as well as organizational limits”.

Bellandi explained that each vial of the Pfizer vaccine contains six doses, which must be individually extracted and placed in separate vials, where they are then diluted. The nurse administering the vaccine on Sunday mistakenly injected all of the liquid from an undiluted vial, into the woman. Bellandi explained that they are both transparent liquids of the same density, and “unfortunately, this contributed to the error”.

The nurse immediately realized her error and alerted the patient as well as the attending physician, who at once began monitoring the young woman for adverse reactions. Local health authorities and the patient’s family were immediately notified, too. Bellandi said the incident occurred on an extremely busy day, during a period in which health workers were trying to administer as many vaccine doses as possible.

“I’m not trying to justify something that we hoped would never happen,” said Bellandi. “We are extremely regretful, especially towards the young woman.” Bellandi said the nurse and the attending doctor were “heartbroken” at what had occurred with the young woman, and a psychologist described them as “traumatized” by the event.

Meanwhile, such is the ramping up of the vaccination rollout in Ireland in recent weeks, it appears that the rate of administrations here is slightly outpacing that of Britain, although the Republic of Ireland still lags behind our nearest and dearest overall.