Dublin City Council has banned buskers from all Dublin Streets this December. Dubliners love street performers and give them a lot of support. In fact the World Street Performance Championships was originally set up in Dublin after its founder saw how much support Irish people give to street performers. Christmas in the capital just won’t be the same without them.

Under current Level 3 restrictions, up to 6 people from a maximum of two households can meet in an outdoor setting. Street performers in Dublin gather large crowds which would defy the regulations. Traditionally, many well known performers take to Grafton Street to sing an aul tune or two over the Christmas period. A lot of them started out on the city centre street before they were famous. So, we won’t have Bono on the streets but let’s hope we get the jobbing street performers back as soon as possible. 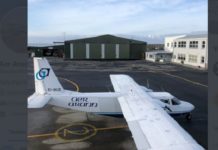