Home Music News The Wombats Will Play The Academy Next Year And We’ve Got The... 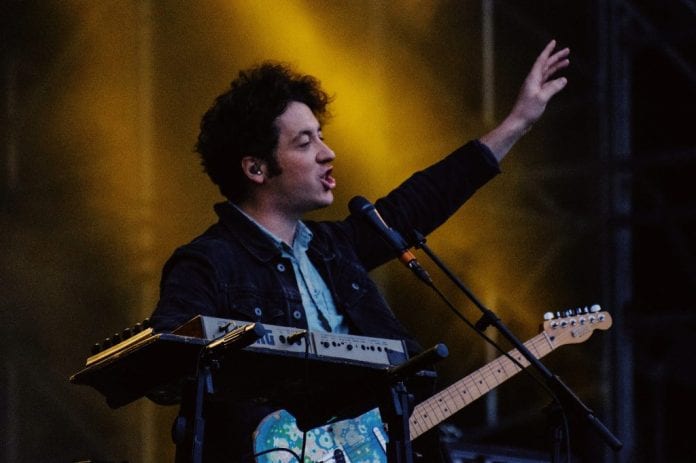 English band The Wombats have announced that they will play The Academy next year, on Wednesday, March 14th. Tickets go on sale this Friday, November 17th at 9am from Ticketmaster. This is an over 18’s event so I.D will be required.

The band will release their fourth studio album ‘Beautiful People Will Ruin Your Life‘ on the February 9th 2018. They recently shared their brand new single ‘Lemon To A Knife Fight‘, from the album online. Check it out below!

The band have had lots of success since coming on to the music scene in 2003, most recently with their 2015 ‘Glitterbug‘ LP getting a place in the top five album charts and 200 million digital streams.

The most recent single from The Wombats, ‘Lemon To A Knife Fight‘ premiered on Annie Mac’s ‘Hottest Record’ on BBC Radio 1. Frontman Matthew ‘Murph’ Murphy spoke of the track: “Lemon to a Knife Fight came around after my wife and I had a huge argument on Mulholland Drive. I’d been watching tons of David Lynch too, the song just kind of fell out of me.”

Speaking about the upcoming album, he said: “I wanted to make an album that had more swagger, was a bit more laid back, something that wasn’t punching you in the face every time you listen to it,” Murph explains. “On every level, musically and interpersonally, we’re much closer.”

“The last album was about me meeting someone and my life going upside down in Los Angeles, partying too hard and getting myself in trouble,” Murph explains.

“This album is about me battling against that, trying to live an adult life. And failing.”

You can pre-order ‘Beautiful People Will Ruin Your Life’ here – https://thewombats.lnk.to/bpwryl