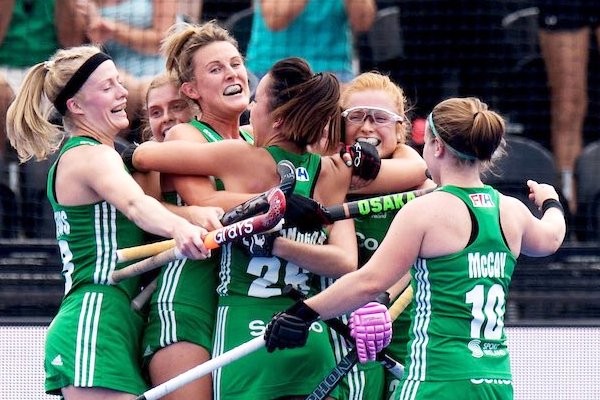 Ireland have beaten India to book their place in the World Cup quarter final. The Green Army settled quickly and were content to pass around the back before Katie Mullan and Anna O’Flanagan linked up in the circle to win a penalty corner of their own.

Shirley McCay stepped up O’Flanagan deflected it into the net for the lead goal that would suffice for Ireland’s victory in Pool B.

In responce India continued to mount the pressure as they hunted the equaliser but Ireland created chances of their own with Mullan sending a pinpoint pass across the circle but Nikki Evans view was restricted and it skimmed past her stick.

India pulled their goalie Savita in the hope of an equaliser and despite their consistent pressure, the Irish didn’t waiver.

The experience of Nicci Daly came to the fore along with McCay as Ireland wound the clock down and recorded a famous victory, securing their place in the World Cup quarter final.

“What a group of players, I thought they were absolutely fantastic from start to finish. It was a difficult game, the conditions were very tough and India played very well, and made it difficult for us. Credit to the players and the work they put it, they’re a special group and they deserve this . It’s my privilege and honour to be part of this group”.