Home News Wuhan: A Year On and Still No Answers To How Or Why 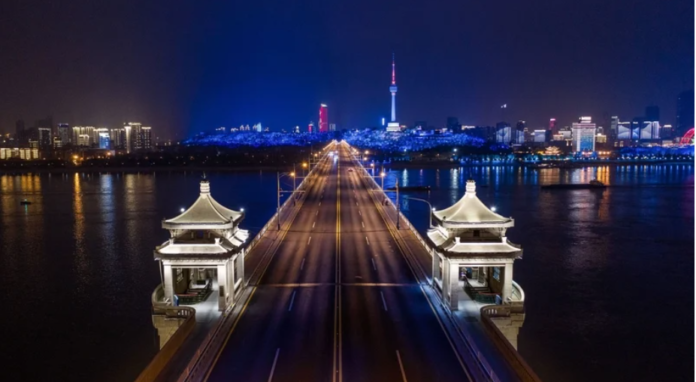 12 months on, we are still unsure as to how or why a new coronavirus took hold in Wuhan. This virus went on kill 1.6 million people worldwide.

Covid-19 is now largely under control in China and is now seen as an imported problem. Foreign nationals are subject to extensive scruitiny at airports.

A long-term Wuhan resident Mr Li, remarked, “The weather was like this, this time last year”.

He added “It does bring back memories and makes me feel a little afraid”.

At this stage 12 months ago, the virus was spreading rapidly across the country.

On 20 January, Chinese Senior Officials announced that the virus could be passed from human to human. But by that stage, 5 million people had departed Wuhan for Chinese New Year, many of them carrying the virus.

China has challenged this sequence of events. Officials now claim that Wuhan was the first victim of Coronavirus, but they were not the source.

China’s Foreign Ministry said on Twitter, “Wuhan hosted the Military Games in 2019 and many athletes came from all over the world. We don’t know which country brought the virus to Wuhan”.

When trying to gather information, RTÉ were told that scientists, government officials, universitry professors, even doctors and nurses were not allowed to speak to foreign media. Medics who responded during the early days of the virus were issued with a “gag order”.

Even now, China has released very little information on the work that their scientists have done, to discover where and how this virus started.

It was thought that the virus’ origin was linked to the Huanan Seafood Market. It was linked to several early cases in the country.

Wild animals like bamboo rats, snakes and racoons were on sale in the “wet market” which was closed on 1 January. However, none of the samples that were tested came back positive.

The Wuhan Virology Institute also came under scruitiny, when social media posts seemed to suggest that the virus could have happened as a result of a labratory accident.

Shi Zhengli a virologist at the institue said, “I swear on my life it has nothing to do with the labratory”.

The US administration picked up on this lab leak theory in Wuhan, which has since been dismissed as “pure conspiracy” by most scientists. See more here.

China themselves have even accused Italy of starting the pandemic. See more here.

China Accuse Italy Of Being The Origin Of The Coronavirus

The WIV is a world leader in the study of bat coronaviruses, it has received funding from both the EU and US for its work in Pandemic prevention.

Thankfully, there has not been one locally transmitted case of Covid-19 reported in Wuhan in 6 months.

There still remains that mystery however, 12 months on.

Ireland Has Lowest Incidence of Covid Cases Across Europe at Present