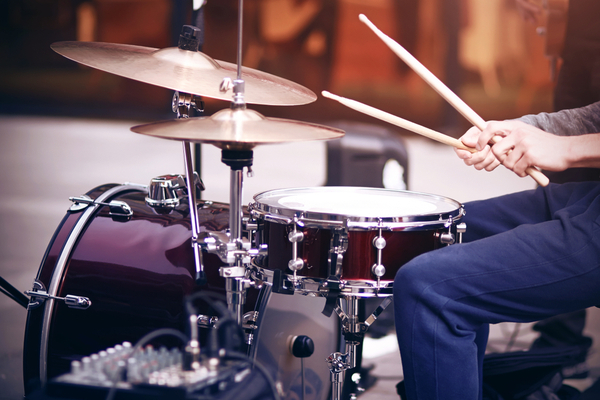 Japanese drumming prodigy, Yoyoka Soma has posted a one-take performance of the 1971 Led Zeppelin classic, Black Dog. The 11-year-old first burst onto the scene at just eight years of age with her rendition of John Bonham’s drumming on Good Times, Bad Times.

Yoyoka entered her drumming skills into the seventh annual Hit Like a Girl global drumming competition for female percussionists. The purpose of the contest is to spotlight female drummers/percussionists and encourage drumming and lifelong musicianship for girls and women, regardless of age or playing level.

Thanks to her slick beats, Yoyoka has become a YouTube sensation over the last few years, attracting the attention of KISS icon Gene Simmons, Foo Fighters frontman Dave Grohl and Deep Purple drummer Ian Paice. Now, the young drumming prodigy is back to honour the late, great Bonham with another classic Zepp track.

Transcribed by Brave Words, Yoyoka explains that John Bonham “is a very important drummer in my life and with lots of love and respect, I played a Led Zeppelin masterpiece. And it’s been almost 50 years since Led Zeppelin IV was released. I’ve always loved this song!”

Check out Yoyoka giving it socks in the video below!

Yoyoka recently uploaded her cover of the Deep Purple classic, Burn, enticing fans to write to the Highway Star skinman. When suggested to check out the clip, Ian Paice seen the young drummer’s video and doted on the young prodigy’s love for the skins.

Watch the below video to the end, as the last four minutes feature Paice offering his thoughts on Yoyoka’s skills. The drummer expressed his joy in saying, “You see something like that and it makes you smile. It just makes you happy. It’s what it’s all about. There’s a young person there, she found something that she loves, and she’s going for it 100%.”

Prosecutors Claim Phil Rudd Threatened To Kill A Man & His...

Noel Gallagher Has Albums Worth Of Left Over Oasis Material