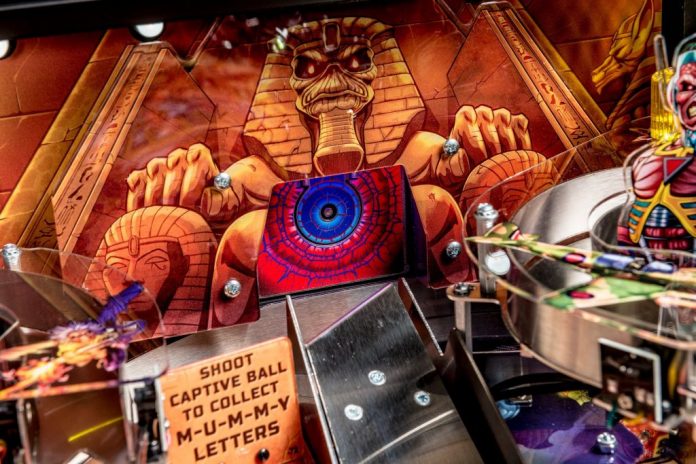 The Iron Maiden Pinball machine made by Stern Pinball will feature 12 tracks by the band as the player takes on the role of Eddie. Your quest? To defeat the beast and his minions of course.

The Leagcy Of The Beast machine will be available in in pro, premium and limited edition models, all of them featuring the 12 Maiden songs. Below you will find list of the songs in the game and various images of the machine. 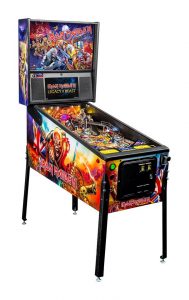 In a statement from the company they say, ‘The Iron Maiden pinball machines aim to reflect the same excitement, energy, and experience of a live Iron Maiden concert. Players will immerse themselves in an interactive Iron Maiden universe transforming into various forms of Eddie, the band’s legendary mascot. Players, as Eddie, will embark on a quest to defeat the Beast and his minions across the Legacy Of The Beast mobile game and comic book world.’

The artwork for the pinball game comes from Maiden fan Jeremy Packer or Zombie Yeti to you and me. The premium and limited edition models feature an interactive sarcophagus ball lock, two custom Eddie sculptures and a secret tomb entrance.

Gary Stern chairman and CEO pinball company said,’Iron Maiden is one of the most iconic bands of all time and we’re excited to have Eddie join the ranks of Stern Pinball’s rock and roll lineup.’ 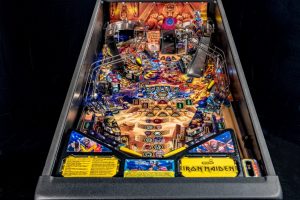 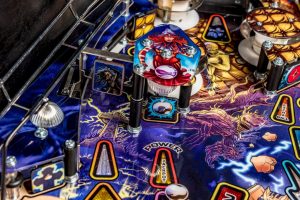 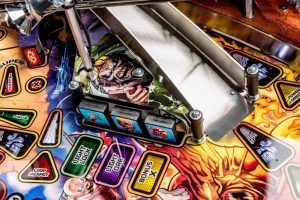 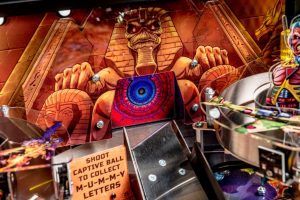 Tracks in the game,