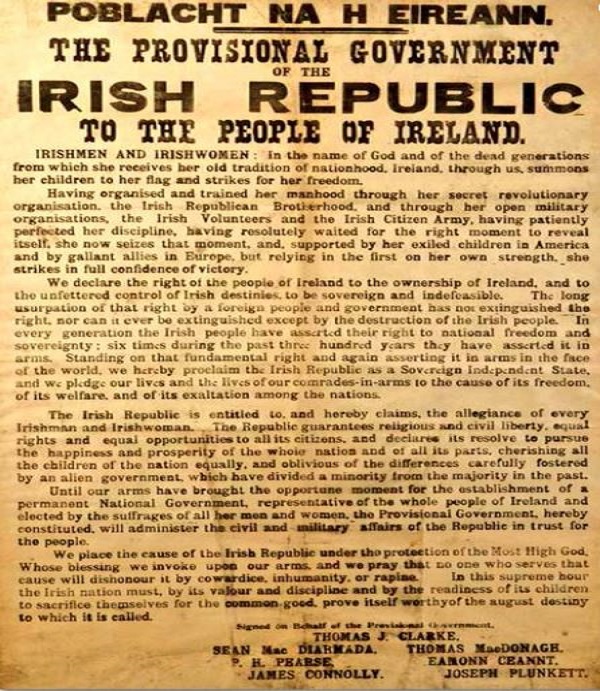 Ceremonies have been held to remember those who died in the 1916 Easter Rising. Commemorations took place outside the GPO in Dublin, attended by Taoiseach Leo Varadkar and President Michael D Higgins – who laid a wreath.

Members of the Defence Forces, including the Army the Naval Service took part. It began with a reading of the Proclamation of Independence and the National Flag was lowered.

A minute silence was also held:

Meanwhile, the role women played was hailed as vital in a ceremony at The Garden of Remembrance,

BOACC were proud to participate in the 1916 Relatives Association Commemoration in the Garden of Remembrance, It was a wonderful ceremony honoring the Women of the Rising. BOACC remembered Molly Adrian, Monica Fleming & Mary Lawless and the #BattleOfAshbourne in Meath 28/4/1916 pic.twitter.com/s48yFw1Bsm

We will remember them forever. Cuimhneoimid orthu go deo. pic.twitter.com/b2S2A7Xckh