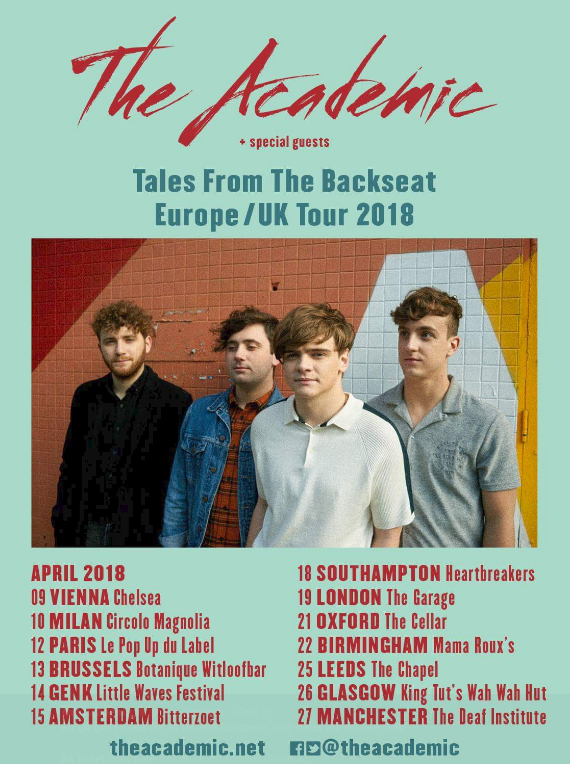 Irish Indie Rock band, The Academic, have announced a huge tour, stretching across the US, UK and Europe. The lads just announced their biggest headline show ever in Dublin’s Iveagh Gardens on the July 20th 2018.

The band is made up of Craig Fitzgerald on lead vocals/guitar, Stephen Murtagh on bass, Matt Murtagh on lead guitar and Dean Gavin on drums.

The band have spent the last few years establishing their name in the music industry, with great success.

Their debut album, ‘Tales From The Backseat‘ will be released on January 12th. The LP was recorded in Los Angeles and also at Abbey Road Studios in London.

They also recently released this VERY cool video for their song ‘Bear Claws‘, which is the first of it’s kind- inspired by the Facebook Live delay. We won’t try to explain more, just watch it now!

The lads are well used to touring, having supported bands like The Strypes, The Riptide Movement, Little Green Cars and more.