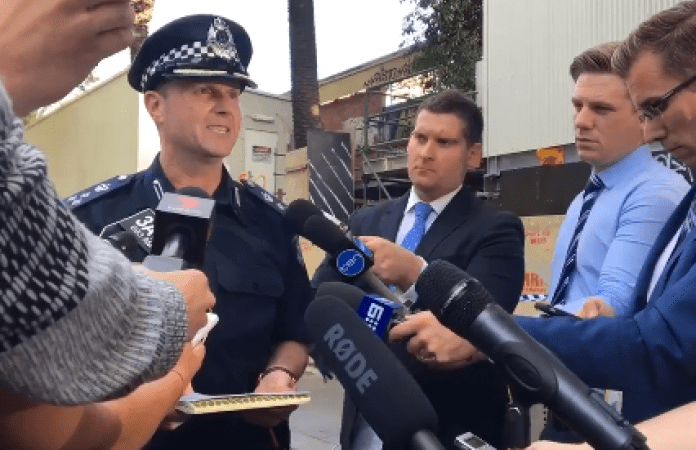 Two people have been arrested following a car mounting a path outside a major train station in Australia, colliding with pedestrians.

Reports state a white car drove towards the crowds of the busy Flinders Street in Melbourne around 4.30pm local time.

Fourteen people are believed to be injured, including a child as Victoria Police respond to the situation which they believe was a ‘deliberate act’.

Police are currently attending an incident on Flinders Street between Elizabeth and Swanston streets where a vehicle has collided with a number of pedestrians. Police have arrested the driver of the car. Extent of injuries are not known at this stage. (1/2)

“We believe based on what we have seen that it is a deliberate act. The motivations are currently unknown.”

“The driver of the vehicle and a second man have been arrested and are in police custody.”

If members of the public have video footage or images, which may assist police with their investigation regarding the Flinders Street incident that took place this afternoon, they are encouraged to upload them here: https://t.co/oFfWkid509 pic.twitter.com/HlHsvPQFL4

Police are calling on members of the public who were in the area during the incident to go to the Melbourne West Police Station at 313 Spencer Street, Melbourne and all vehicular and pedestrian traffic to avoid the area.

While they have also set up an online link for people to upload any video or images which might assist police with their investigation.

In January 2017, four people were killed and more than 20 injured when a man deliberately drove into pedestrians at a spot just a few hundred metres away from the Flinders Street incident.