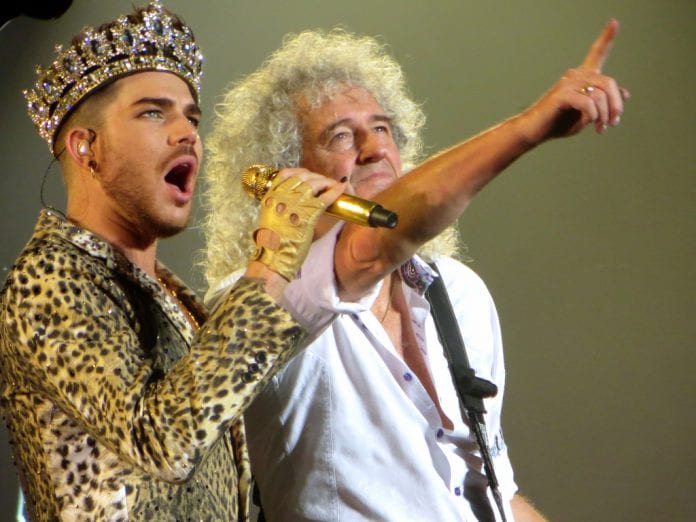 Freddie Mercury is obviously a music legend, but for some singers he’s a God-like figure. Mercury has inspired millions to sing and perform with his amazing talent, and entertained millions with his brilliant showmanship. So imagine, as a fan, being asked by the remaining members of his group ‘Queen’ to take his place in the band. Sounds a bit daunting right? Adam Lambert agrees.

Lambert started out on American Idol, and never dreamed he would be given the opportunity to sing Mercury’s hits with the rest of the band to sold out crowds. He recently told ET Canada that the first string of shows that he performed with the band were “terrifying” because he didn’t think he deserved to fill such huge shoes as Freddie’s.

The first time Lambert had an experience of performing with the legendary rockers, was when he was competing on American Idol. Brian May and Roger Taylor were asked to perform with Lambert and his competitor for their finale performance in 2009. Both May and Taylor really enjoyed the experience, and asked Lambert to team up again three years later. They have continued to perform under the banner name ‘Queen & Adam Lambert’.

Lambert says he left the final decision to the audience – the most important critics. “The first audience we had was very supportive, and each audience afterwards was supportive,” Lambert said. “So, slowly, little by little, I was like, ‘Okay, all right, I can do this – kind of.’ But there’s no comparing to Freddie.”

“The intention of the lyrics, the mood of the song – if I kept those thing in the forefront of my mind, as opposed to, ‘How did Freddie do it?’ I usually would find my way there,” he explained. “Working with the band has taught me a lot. I’ve learned a lot about song-craft, and about how a song can connect with a mass crowd. Brian and Roger are wealths of information and experience and artistry. It’s a family now. It’s great.”

Kiss HELLO To Your Holidays!