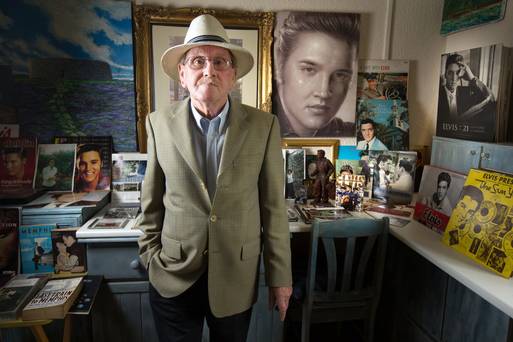 Today (August 16th) marks the 40th anniversary of the death of Elvis Presley. Elvis died of a heart attack on August 16th, 1977 at his Graceland mansion in Memphis, Tennessee. He was 42-years-old.

Thousands of fans have been gathered all week long at Elvis’ Graceland mansion for the annual “Elvis Week” celebrating the life and times of “King Of Rock N’ Roll” who would now be 82-years-old.

Marty & Conor spoke to perhaps the biggest Elvis fan in Ireland; 75 year old Maurice Colgan from Swords who got personal letters from the king!

The Monkees Embark on Farewell Tour