Home Music News Watch: Placebo Release Previously Unseen Video for ‘Every You Every Me’ 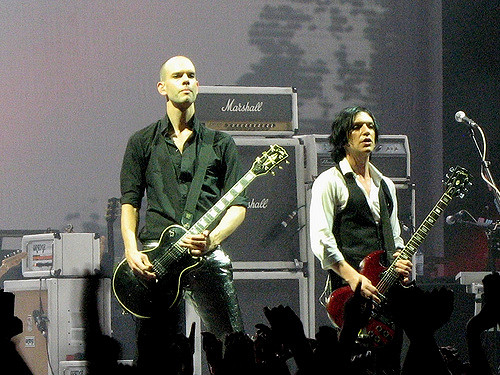 To celebrate their 20th anniversary, Placebo have released a previously unseen video for ‘Every You Every Me’.

‘Every You Every Me’ was the band’s third single from their second album, ‘Without You I’m Nothing’. The previously unreleased video from 1998 is a promo video which sees the band gambling in a casino. The original video for the single featured footage from their world tour. You can watch the new video below:

Placebo recently kicked off their current world tour by performing for BBC 6 Music Live during the week. In the interview which accompanied the performance, bassist Stefan Olsdal spoke about the band’s changed attitude towards their back catelogue.

Olsdal said, ”There’s been blood, sweat and tears trying to get here today. Our relationship with our past and our back catalogue tends to be a little bit fraught. Looking back, you only see the mistakes really. We always feel that we want to play the new stuff, but if you want to go out and do a retrospective 20 years, then you can’t. How do we make the old stuff sound good now? How do we connect to it now? That’s been the challenge.” Frontman, Brian Molko added, ”Basically, we choose songs that at the end of the day don’t make us want to go and throw ourselves under a train.”

Placebo will bring their tour to Dublin’s 3Arena on 10 December.