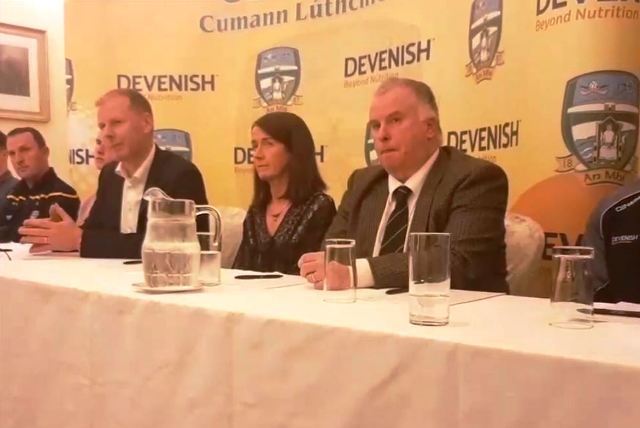 A fundraiser match for the stricken Sean Cox has been officially launched. Age-old rivals Meath and Dublin will square off next month at Pairc Tailteann in Navan on Sunday the 16th December to raise much needed funds.

The event was officially launched at the Dunboyne Castle Hotel last night. Meath football manager Andy McEntee was joined by players and members of the Cox family to highlight the need to help Sean who fell victim to an unprovoked assault in April.

Organisers of the event anticipate a 10,000 capacity sell-out with around 1,000 tickets already sold. It’s hoped that the fixture will raise “north of €100,000? for the former Dunboyne chairman.

The Royals can no longer match the all-conquering and incessantly successful Dublin team which landed their fourth All-Ireland title in a row in September, but the chasm aside. its expected to attract a sell-out crowd of around 10,000.

Meath boss McEntee told the Meath Chronicle of his hopes.

“This is all for a fantastic cause. The bottom line here is that we show as much support for Sean, Martina and the family as possible”.

Victory For Dublin At Croke Park