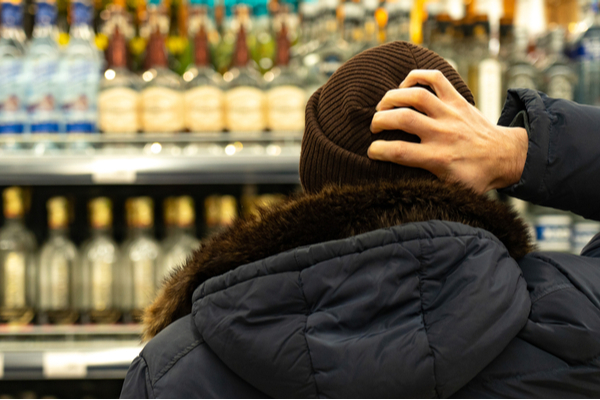 Minimum pricing on alcohol is set to be brought in after New Year’s in a bid to reduce alcohol abuse and health spending. Cabinet signed off on the plan on Tuesday, much to the dismay of retailers who believe it will cause people to travel north for cheap drink.

The fear among retailers is that the plan would drive bargain hunters across the border as there will be no such limit there. Efforts to bring in similar measures in Northern Ireland are not expected to begin until mid-2022 at the earliest. Despite these fears, the Government has decided to press on with its plan to raise alcohol prices, creating a resistance from the drinks industry, retailers, and some Border TDs.

A minimum pricing of 10c per gram of alcohol will be brought in under the new plan. The cheapest 750ml bottle of wine currently costs less than a fiver on average, according to the Minister of State at the Department of Health, Frank Feighan. Under the new ruling, that bottle would cost €7.40 (12.5 per cent ABV), with higher alcohol content costing at least €7.75. Average prices of supermarket gin or vodka currently sits at around €14, which will rise to €20.71 under the new system.

According to Mr Feighan, the ruling is a “targeted public-health measure” which will prevent vulnerable people and minors from purchasing alcohol at “pocket-money prices”. Pointing to the high rate of alcohol-related deaths, Feighan said, “The time for action to begin to address this problem is now.”

Recent reporting suggested the new ruling will be in place by at least September, however, sources said this is not the case. They say having an eight-month period before the ruling comes in permits retailers to prepare, as well as offering a chance for renewed efforts to persuade the Northern Ireland Executive to follow suit.

Sources also suggest that the thought behind the January 1st date is to prevent a pre-Christmas cross-border rush for cheaper alcohol. As well as this, it was suggested that the date was put forward as a “compromise”, to relieve concerns of local businesses and border TDs.

Not everybody is fully behind the proposal on alcohol, with Retail Ireland expressing disappointment in the Government’s decision to push on with the proposal, without first aligning with our Northern neighbours. The “leading voice of Irish retailers” also predicted that there could be a surge in cross-border shopping.

Director of Retail Ireland, Arnold Dillon said, “If consumers travel to Northern Ireland to shop, they will inevitably spend money in a wide range of retail and hospitality outlets, not just in grocery and off-trade. This will be at the expense of struggling businesses here. While the retail sector understands and appreciates the public-health rationale for MUP, we should have waited to align with Northern Ireland.”

Former minister for health Dr James Reilly said proceeding at the same time as the North would have been easier for retailers. However, with alcohol causing health issues, including its contribution to violence and crime, Reilly said, “The bottom line here is that alcohol does untold damage in our society. I’ve always maintained that a good public-health measure will save many more lives over a much longer period of time than any new hospital, machine or MRI scanner and so it will be the case here too.”

Recent reports have suggested that Ireland has one of the highest rates of alcohol consumption in the world, coming second out of 34 countries. A new survey on the country’s health habits also found over half of 18 to 34-year-olds in Ireland claim to feel regularly stressed. Read more here.

The purchase of alcohol as part of multi buy deals and loyalty card purchases were banned in January. The changes came from the implementations of the 2018 Public Health Act
and are part of the Government’s efforts to cut consumption, particularly in young people.

DUP Up To Old Tricks As Givan Quits Leading To Chaos...

A Man Has Appeared In Court Over Seizure Of Two Firearms