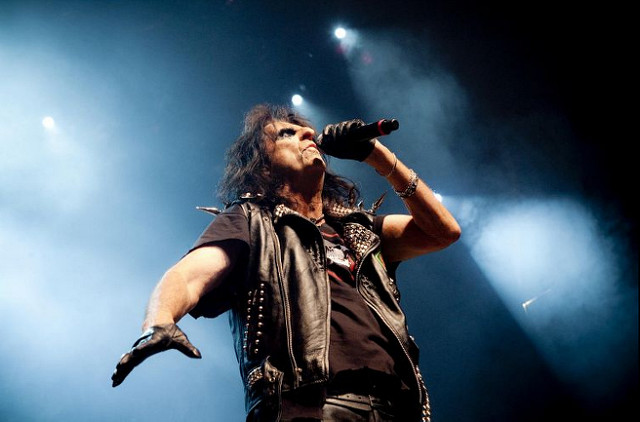 Alice Cooper has admitted that he doesn’t think rock bands can actually surprise an audience anymore.

The legendary rocker seems to think that the madness of current affairs has distracted from the potential of shock rock. He told WA Today, “I don’t honestly believe that a rock band can shock an audience anymore… With ISIS, with people shooting cops, with cops shooting blacks, now CNN is so much more shocking than Rob Zombie or Marilyn Manson or Alice Cooper.

He also recently shared his thoughts on the upcoming American presidential election. He told Rolling Stones that rock stars shouldn’t influence their fans votes, he joked “We’re rock stars – we’re dumber than you”.

Speaking of Republican candidate Trump, he said “He’s an interesting character. It seems like he shoots himself in the foot every single day and gets more popular by doing it. It’s the weirdest”.

He also was reminiscent of the time he spent with President Ford at the Friars Club. He told Rolling Stone that golf ultimately prevailed over any cultural differences, “It was so weird to me that it didn’t matter that I was a rock singer and that was the president. What mattered was, how do you turn the ball over a little to the left? It’s really interesting that golf cuts through everything.”

You can hear Alice Cooper on Radio Nova from 7pm every Friday with ‘Friday Nights with Alice Cooper’.