Home Music News All You Need To Know: Madness, Lightening Seeds, Something Happens At Dun... 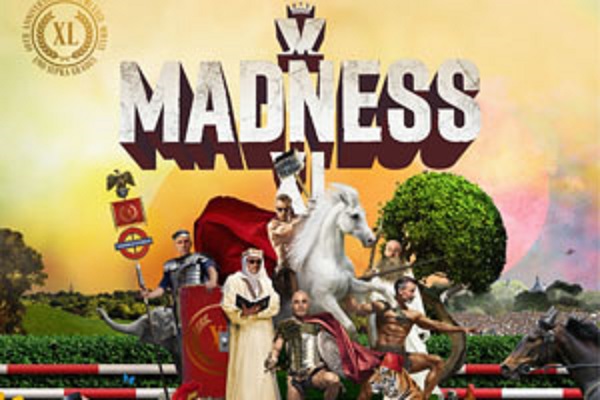 The Nutty Boys, Madness are taking their 40th-anniversary celebrations to Dublin as they are set to headline Dun Laoghaire Pier on Saturday 1st of June!

That’s also with special guests Lightning Seeds and Something Happens! Madness fans can expect a show filled with hit after hit from their chart-topping 40-year catalogue. We’ve compiled a list of their ten best tunes below.

The Kings of Ska released twelve studio albums filled with greatest hits and live favourites from One Step Beyond, House Of Fun, Baggy Trousers, Our House to It Must Be Love and many, many more.

The ever effervescent Lightning Seeds make a hugely anticipated return to Ireland after their special guest performance with Madness in Dublin’s 3Arena last summer.  The popsters will deliver a performance filled with all their hits from You Showed Me, Lucky You, The Life Of Riley and Pure.

For avid fans, there will also be new musical treats. It’s reported that Ian Broudie is presently writing and recording the first Lightning Seeds release for many years.

And if that wasn’t enough music legends of the late eighties Irish music scene, Something Happens live show will be an unmissable trip down memory lane. Fans will get to hear unforgettable hit singles like Parachute and Hello, Hello, Hello, Hello, Hello (Petrol).

The Ten Best Of The Lightning Seeds:

Dun Laoghaire DART station is located across the road from the terminal building. The DART service can take you straight into Dublin City; or to Howth/Malahide or Bray/Greystones. Some mainline and suburban services stop at Dun Laoghaire also. See Irish Rail’s website for more information.

Taxis are available in the centre of Dun Laoghaire town, at the top of Marine Road (the road going uphill, opposite the terminal building) approximately 5 minutes walk from the ferry terminal.

Tickets are 49.90 and can be purchased by clicking here.