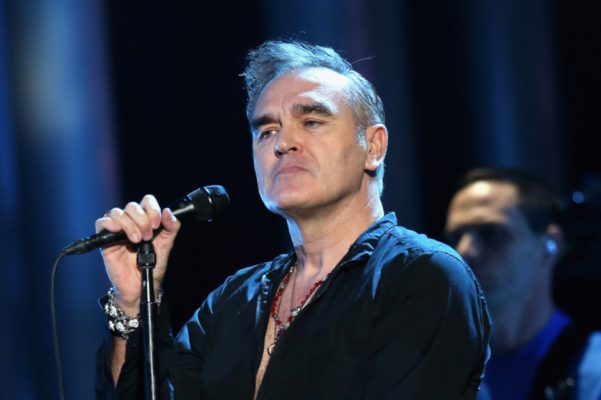 Morrissey’s recent comments in the press have been gaining more attention than his latest Album Low In High School. The outspoken crooner has been taking to his soapbox to comment on a range of controversial and sensitive issues such as sexual assault, political assassination, and Adolph Hitler’s left-wing leanings. He’s also expressed his support of the extremist right-wing For Britain party, headed by anti-Islam activist Anne Marie Waters.

Now, according to The Guardian. as a response to the former Smiths frontman’s problematic views, DJ and writer Dave Haslam is launching a protest party to take place near Morrissey’s upcoming show in Manchester. Morrissey is playing at the city’s Castlefield Bowl on July 8th, the party is called ‘One Nation Under A Groove’ and will take place at the Revolution bar from 3:00 pm in the afternoon till midnight.

According to the organisers Facebook page, the ‘celebratory all-dayer of diverse soul-filled, hope-filled music’ will exude ‘solidarity, love, unity, positivity, reggae, funk, soul and disco.’ Among the many local DJs performing are Greg Thorpe, Irfan Rainy, Chad Jackson, and Katbrownsugar. It’s a free party and the event planners consider Manchester as a diverse vibrant and one they consider home, ‘it’s a city built on immigration, a city with an amazing legacy of great bands and wonderful clubs, Morrissey fans on their way to or back from his concert are more than welcome.’

Morrissey has had a chequered past when it comes to appearing at his own shows. According to Consequence of Sound, in 2017 the number of gigs that Morrissey had cancelled since 2012 was 125! The event planners intend to hold the protest no matter what!