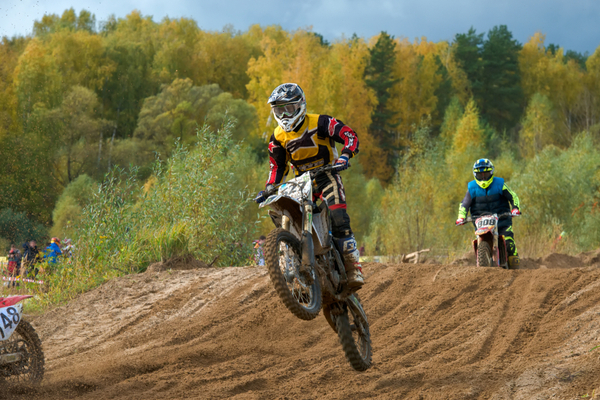 The Government is hoping to reduce anti-social behaviour by funding the construction of a number of scrambler and quad bike tracks. Eight, community-based projects in counties Dublin and Limerick will receive funding of almost €200,000 to complete the task.

Minister of State with responsibility for Law Reform and Youth Justice, James Browne, said the projects will aim to work with young people who use the bikes, and could be involved in anti-social behaviour. The project will aim to encourage young people to “engage positively to learn motorcycle skills, including maintenance”. Furthermore, the initiatives will also combine relevant educational and personal development activities.

“I know the Minister of Transport is examining provisions to strengthen the law in relation to the dangerous and antisocial off-road use of scramblers, quads and other similar vehicles,” Mr Browne said. “It is hoped that this combined approach of increased Garda powers to tackle the misuse of scramblers, while at the same time creating alternative options for those who wish to use such vehicles safely and legally, will have a significant impact in tackling the problem.”

Speaking to the Irish Times, Brown said the money is part of a carrot-and-stick approach from the department. Government is also deep into drafting new legislation which will make it easier for Gardaí to seize bikes being used during anti-social behaviour. In February, Gardaí gained legislative powers to help tackle the anti-social use of scrambler bikes, quad bikes, and similar off-road machines in spaces such as public parks.

Those who receive a record from Gardaí for anti-social behaviour will banned from gaining membership under the Government’s new plans. According to the Department of Justice, additional applications from other Youth Diversion Projects to develop further initiatives are welcome.

“Not everyone will agree or think it’s a good idea. Personally, I do. But with that needs to come the legislation and the enforcement,” Moyross Development Company’s Andrew O’Byrne said, one of the main beneficiaries of the Department of Justice funds.