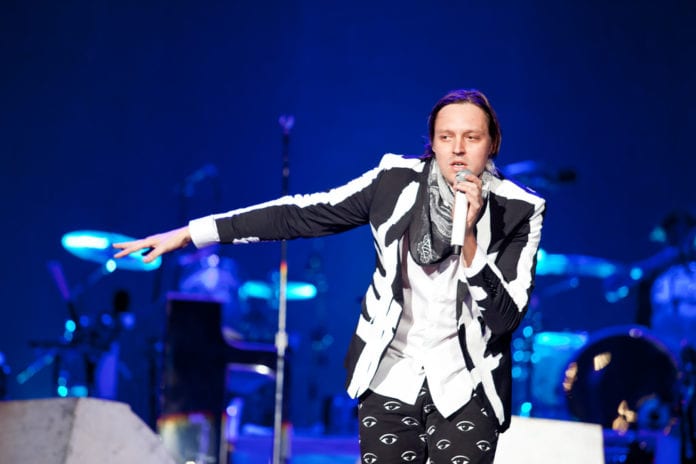 Arcade Fire’s Outrageous Diva Requests For The Late Show – Arcade Fire’s new mega marketing campaign has given us lots to talk about over the last few weeks. From their new fidget spinners, cereal box hunt around Dublin and now their list of diva-ish demands to ‘The Late Show’ ahead of their appearance on the US show.

The various marketing stunts have been done to hype up their upcoming record ‘Everything Now’. Along with the cereal and fidget spinners, the band of messers also released a ‘dress code’ for their shows (which was swiftly removed again) and then wore parody tee-shirts taking the mick out of the recent viral and controversial Kylie and Kendall Jenner Clothing Line.

And yes, the rider is FAKE. Just another ploy in the band’s new marketing scheme.

The Canadian rockers continued the hilarity with a response tweet:

They’ve recently announced a new tour, with tickets for their Dublin show in the 3Arena on the 6th of April 2018 available here.

The band are set to play tonight on ‘The Late Show’. We’ll be sure to share their performance here soon – hopefully it will be six songs long!

Check out our very own Siobhain and Marty discussing the demands on today’s Seriously Addictive Music News below!