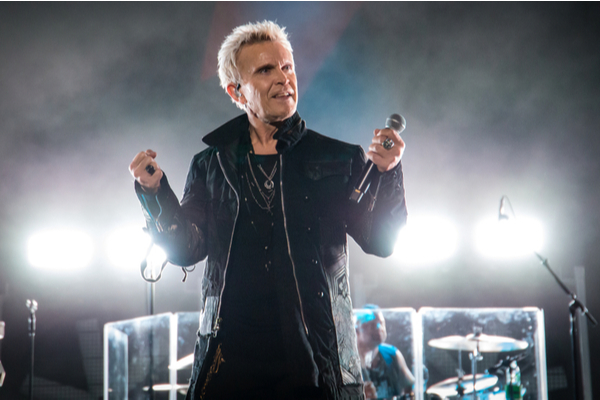 Despite taking years to work on his “discipline”, Billy Idol has admitted that he was “not one per cent” over his drug issues.

“had to cure that”

In 1990, the singer was involved in a motorcyle accident while he was under the influnce of drugs. He collided with a car, resulting in him sustaining a broken arm and leg.

Idol said it was at this point where he literally turned his life around and began his recovery from addiction.

“I’d had the motorcycle accident because I was a drug addict, and I had to cure that. And it took a long time”, Idol told Zane Low.

He also added, “I mean, I’m not 100 percent. I stopped the hard stuff, and I don’t drink much – things like that. I had to solve this problem about myself with the drug addiction, and that’s what was happening to me in the hospital bed – I was kind of realizing I was going to face up to the thing that I hadn’t quite faced up [to] that had been kind of ruling my life for about 10 years”.

“develop some kind of discipline”

Billy Idol said it was at this point where he began to manage to “develop some kind of discipline”.

“Thank God I got away from it because, yeah, I would probably be dead”, Idol added.

Billy Idol also criticised the pharmaceutical industry. He blasted the, “horrendous relationship between the system that provides the drugs and the addict who needs them – because it’s not just the addicts keeping the secret, trust me”.

His criticism of the phramaceutical program has led the singer to become involved in the MusiCare program. This helps musicians who have battled drug issues.

“My question out of that is: Do you find yourself in a position where you support others, given what you’ve been through and what you’ve experienced?”, he wonders.

“Have you found yourself on the other end of the conversation, trying to help others go through it because you’ve ridden back into town and you’ve survived it? … Hopefully, that’s something that will help musicians – they can go to this foundation and ask for help if they really want to clean up”.

Billy Idol whose real name is William Michael Albert Broad,  also released his latest EP, “The Roadside” back in September.

“The Roadside” EP is out now! Buy, download, or stream: https://t.co/ZYZQgP3qjp
Tracklist:
1. Rita Hayworth
2. Bitter Taste
3. U Don’t Have To Kiss Me Like That
4. Baby Put Your Clothes Back On@darkhorserecs pic.twitter.com/22jpN0FrXX

Queen Are The Most Played Rock Band On Radio Worldwide