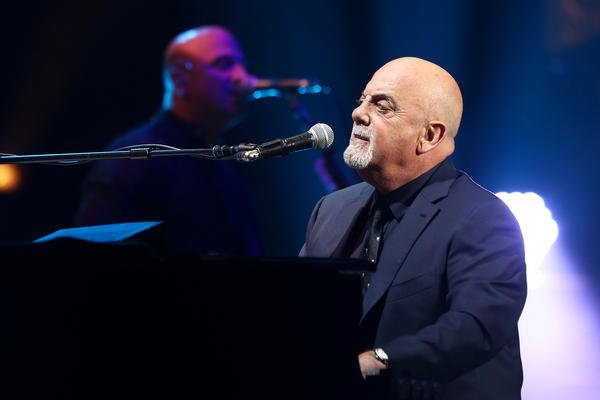 Billy Joel was joined onstage by John Rzeznik, frontman of Goo Goo Dolls, at a concert in the latter’s hometown of Buffalo, New York.

Joel was performing at Buffalo’s Highmark Stadium in Orchard Park on Saturday night, August 14th when Rzeznik joined him onstage.

“Welcome to my hometown,” was Rzeznik’s greeting to the visiting singer/songwriter.

The two then performed Goo Goo Dolls’ 1998 hit Iris with Joel on piano and Rzeznik on guitar.

Last year singer Phoebe Bridgers made good on her promise to perform Iris if Donald Trump lost the US presidential election.

“It was all this weird, wild inside joke that somehow everyone else was in on,” Rogers said of her cover with Bridgers. “It’s funny to know a friend so well, but then as an artist getting to see her in the studio… seeing her work just make everything make sense.”

As previously seen at Joel’s performance in Boston’s Fenway Park earlier this month – his first concert since lockdown restrictions were lifted – the singer-songwriter once again paid tribute to ZZ Top’s Dusty Hill. Joel integrated ZZ Top’s Tush into a rendition of his own River of Dreams.

Joel has concerts lined up in Cincinnati, Ohio in September and Austin, Texas in October. He will then return to his monthly residency at New York’s Madison Square Garden in November. Joel last played at the iconic NYC venue in February, 2020 before the pandemic curtailed his residency.

Stephen Colbert, Sara Bareilles, Idina Menzel and more have joined together for a new cover of Joel’s ode to his hometown, New York State of Mind.

The cover accompanies a video that pays tribute to New York amid the pandemic. Joel granted volunteer organisation NYCNext permission to use his song. A video was shot by documentary filmmaker Joshua Seftel in which a host of celebrities take turns singing lines from the song at various Big Apple landmarks.

“This city can’t be its best self until we all can go to the theatre, and then talk about it over a drink,” Colbert said of New York’s reopening. “The arts are the oxygen of New York, and Broadway reopening is like the city can breathe again.”