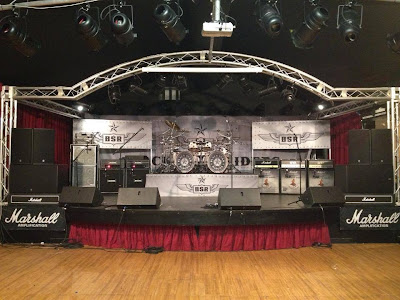 n a good way!! The house will be packed for the band’s live debut.

The group, which is formed from the final Thin Lizzy lineup, have just released their debut album, “All Hell Breaks Loose,” and have now sold-out their first live show.

This Thursday, the group will officially launch the new project in the UK with an exclusive concert at The Marshall Theatre at Milton Keynes. The set list will be a combination of new material from the album, along with some Thin Lizzy classics.

“All Hell Breaks Loose” was recorded in Los Angeles and produced by Kevin Shirley.

They finally roll into Ireland in December with a show at The Academy. Tickets are on sale now.

Ricky and Scott talk with Marty Miller on NOVA here!