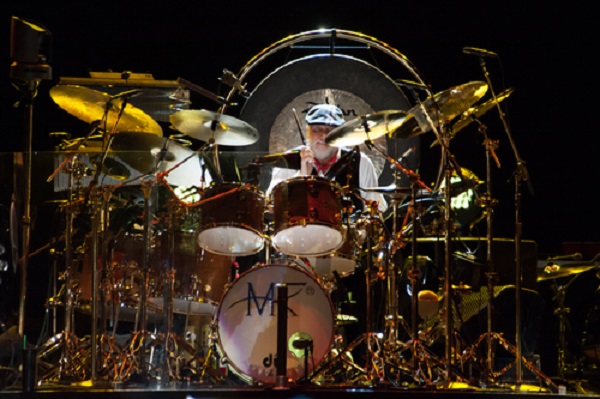 BMG have confirmed the outright purchase of Mick Fleetwood’s royalty interests for over 300 recordings. This includes some of Fleetwood Mac’s hits, including Tik Tok sensation, “Dreams”. Other hits include “The Chain” and “Go Your Own Way”.

It has been reportedly over 3 years, since BMG made an acquisition of music rights. In that time, the company has focused on organic growth. This has worked out well for the company, with their half year revenues rising to $308 million in the first 6 months of the pandemic hit 2020.

This new deal will mean BMG are to profit from the recent Tik Tok success of “Dreams”. This song had 3.2 billion views globally. It was also downloaded 126,000 times and viewed 2.8 billion times on Tik Tok. It also sold upwards of 86,000 albums in the US in 2020.

On this deal, Mick Fleetwood said, “This is a wonderfully inspiring marriage between two creative partners that understand all aspects of the business. Foremost, BMG understands the artistry and puts the artist first”.

He added, “If this partnership is any indication of my past, and now future, working relationship with BMG, it’s that they truly get it”.

This deal with BMG, also enhances the relationship between Fleetwood and the company. This includes the theatrical, media book and record release of Mick Fleetwood and Friends, 2020’s tribute to legendary guitarist, Peter Green and the early years of the band.

BMG CEO, Hartwig Masuch called Mick Fleetwood the “bedrock” of one of the greatest rock bands. He added, “He has a unique talent to bring together musicians of all genres. Of course he is one of rock’s greatest drummers. BMG is proud to represent his greatest work and excited about the forthcoming launch of Mick Fleetwood & Friends”.

BMG EVP Group Strategy and M&A Justus Haerdar also said, “This acquisition highlights the value of timeless recordings in a streaming market which is increasingly benefitting established rather than newer artists. Recent acquisition activity in the music market has focused on music publishing.

Stubner also said, “For over 50 years Mick’s works continue to be introduced to legions of new fans. BMG continues to ensure its artists are paid their fair share. In an industry not always known to look after its iconic artists, BMG continues to maximize their income streams”.

Fangclub Announce Headline Gig At The Button Factory In December