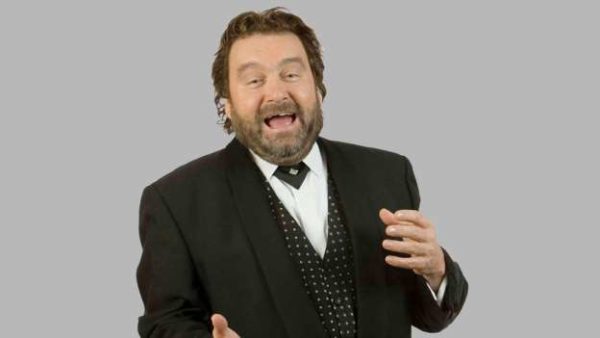 The daughter of Irish comedy legend Brendan Grace has confirmed that the family are pushing for a statue of Brendan and one of his Bottler character in Dublin.

His daughter Melanie confirmed this news on what would have been her father’s 70th birthday. Brendan Grace passed away in July 2019.

She said, “Dad often spoke about how special it would be to have a statue of him and Bottler standing side by side near the Olympia Theatre, but also close to the Liberties so he would have a foot or four in the Liberties”.

Melanie also said that the extended family had planned to meet up to celebrate Brendan’s 70th birthday. However, the pandemic has meant that this celebration will have to take place online.

It also looks like the same will have to go for her mother Eileen who turns 70 in June.

Calling her a “rock of a woman”, Melanie said, “We’re in discussions about how we can celebrate this rock of a woman whom we’re so blessed to still have in our lives”.

“We’re thinking of postponing a bigger celebration until autumn when we can safely and freely move around more than we can now but we will be making sure she’s spoilt rotten”.

“Would have been amazing”

Melanie is a drama school teacher in Boston. She said she was sad that her father was not around to celebrate such a milestone.

The mother of two said, “It would have been amazing to have Dad for his 70th birthday and we would have celebrated in whatever way restrictions would have allowed us to celebrate, but we’ll still celebrate on his birthday in his memory and every birthday to come”.

“I walked by his favourite men’s store in Boston yesterday and thought I saw him in the window, I welled up thinking about it”.

She added, “I’m not feeling sad about as much as grateful we had him in our lives”.

Thanks For The Memories

We all probably remember Brendan Grace’s final series Thanks For The Memories.

The man responsible for that series Brian Reddin has said that RTÉ are sitting on a huge archive which could spark a posthumous series. Reddin even added that RTÉ have an archive of a profile they did on Grace in his 20s.

Reddin said, “On Brendan’s last birthday, I gave him a card and a USB stick of his entire RTE archive with a note ‘Thanks for these memories’.

He added, “Brendan couldn’t believe how much material was on it, going right back to the early 1970s”.

Brian also believes that RTÉ are even sitting on Bottler Gold, which could potentially be made into a posthumous series or two.

“I hope fans get a chance to see it.”, he remarked.

Here’s a reminder of Brendan Grace as “Bottler”.

And who could forget Father Fintan Stack!!!