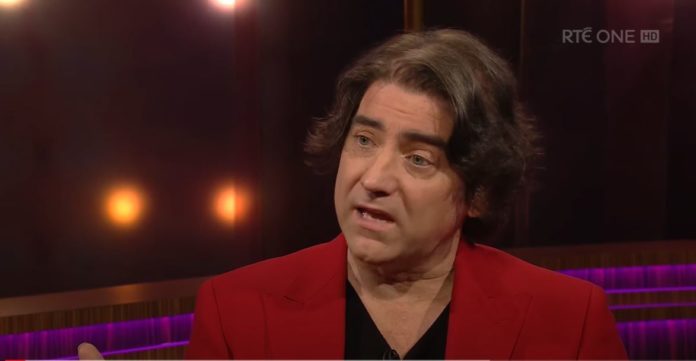 Singer Brian Kennedy has backed Sinéad O’Connor to not only represent, but to win for Ireland at next year’s Eurovision Song Contest.

The Belfast native has backed O’Connor, saying that we need an entry from her to win.

Kennedy himself, represented Ireland at the competition in 2006. He finished in tenth place, with the track “Every Song Is A Cry For Love”.

“Hilariously Sinead O’Connor has very politely said she’d go and save Eurovision and represent us as well”, Kennedy told the Daily Mirror.

He also added, “Can you imagine Sinead singing an amazing ballad with those eyes and some candles and the light bouncing off her beautiful face”.

“Oh my God, I’d say the entire world would tune in for that”.

“No reason not to do it”

Regarding his own experience of the Eurovison, Kennedy said, “For me honestly there was no reason not to do it, there’s so few things you can represent your country at”.

“Also music is what we do best, it’s no coincidence that we won that competition seven times”.

“I wanted to see if I could give it a shot and make us proud and I’m glad I did”, he also added.

“But as you saw with the UK Brexit or not nul point from everybody”.

This comes after Sinéad O’Connor had tweeted that she would be keen on potentially representing Ireland at next year’s Eurovision.

He also called her a “gifted songwriter”.

“There is the matter of the song but for a gifted songwriter with a proven track record like Sinead, I wouldn’t say it’s outside her capability to write a Eurovision contender”, Vignoles said.

Ash Are Back With A Brand New Single Ahead of New...