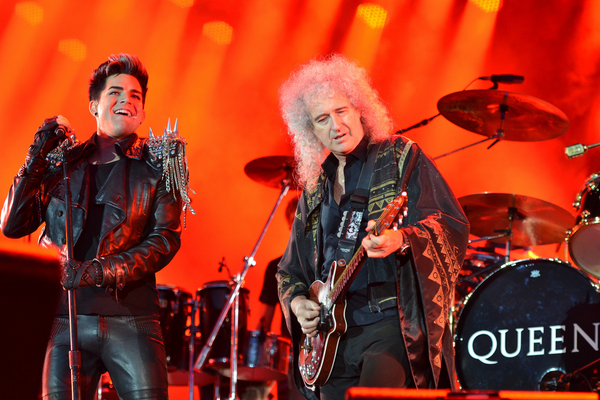 Brian May and Roger Taylor have revealed that they tried to record new material with Adam Lambert. However, they subsequently decided not to release it.

Taylor said, “We did record a song which we haven’t actually finished”.

He also added, “I can’t remember what it’s called. I think we were still discussing what we should call it”.

Brian May added that that it had the makings of a great song, but they just could not quite “crack it”.

May explained, “It was a song that we’d tried to adapt that had come from a friend. It had the makings of being a great song, but we couldn’t crack it. We couldn’t get there”.

It was reported that the recording sessions for this song took place during a Queen + Adam Lambert US Tour, in Nashville.

“Wouldn’t rule it out”

Roger Taylor did say that he would not rule out a new Queen album with Lambert on vocals in the future.

Taylor said, “It would be nice to do some stuff. I wouldn’t rule it out”.

He also added that Lambert is also keen to work with him and May on new material.

“Adam has said, ‘Any time you want me to sing on somethin’. If the other two decide, ‘Let’s do something’, I’d be there”.

“A gift from God”

Brian May has even said on occasion that Lambert is the only singer that has come close to filling the boots of Freddie Mercury. Legendary Queen frontman Mercury passed away in 1991.

On Lambert, May said, “Adam is the first person we’ve encountered who can do all the Queen catalogue without blinking”. He also called Lambert “a gift from God”.

May’s thoughts were echoed by Taylor, who was also full of praise for Lambert’s talents.

“Adam’s incredibly musical, and we certainly take anything he says quite seriously”.

The duo first shared a stage with Lambert in 2009 when Lambert was on American Idol. Since 2011, Lambert has fronted Queen on live tours.

Lambert has played down the Freddie comparisons.

He said, “There’s never going to be another, and I’m not replacing him. That’s not what I’m doing. I’m trying to keep the memory alive, and remind people how amazing he was, without imitating him. I’m trying to share with the audience how much he inspired me”.

“To me, Queen is Freddie” Lambert

In the past, Lambert has expressed his uncertainty about producing new material with Queen as their frontman, out of respect for one of his idols, Freddie Mercury.

Lambert said, “People always ask if we want to record together, and I’m not sure it makes total sense, because it wouldn’t really be Queen, because, to me, Queen is Freddie. My favorite thing is collaborating and putting these concerts together and creating on stage, it’s super fulfilling and exciting. To present these ideas to these two gentlemen, especially when they like the idea”.