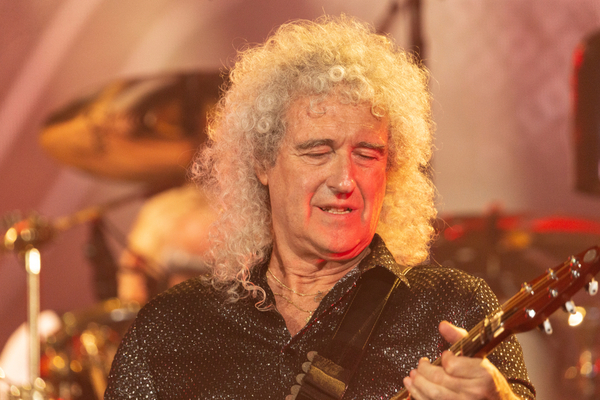 According to Brian May, if a new solo album were to ever be created by the Queen guitarist; it would be an instrumental one. With his last solo album (Another World) coming way back in 1998, he admits to contemplating getting back in the studio.

Speaking in the latest print edition of Goldmine magazine of the possibility of making a new album, Brian admits; “I do think about it. And strangely enough, I think it probably would be instrumental this time. Because I have enough ideas. And I have lots of unfinished business.”

However, this hypothetical album will only come following the conclusion of his touring commitments with Queen with Adam Lambert. Brian reveals the band still has “a big world of touring to do” as the there had been so many postponing shows due to the pandemic.

“Next May, we will be doing a bunch of touring”, Brian said. “Once that’s done, I think I will have the opportunity to sit down, and if I’m spared – as my mum used to say – and still functional, I think I might make the album.”

Brian May said he has never really thought about doing an instrumental album before because he has always written songs with a vocalist in mind. Although the guitarist does not possess the “dazzling technical expertise of a Joe Satriani, or a Steve Vai, or Al Di Meola, or Eddie Van Halen”, his guitar is “very much my voice. I can’t play faster than I think”. The musician has “always been obsessed with songs and songs to me are about singers, and about the vocals.”

Brian recently revealed Queen have been in the studio working on new music, although no tracks have formed out of the sessions, so far. Although the band’s remaining members; May, and Roger Taylor, have been performing live with singer Adam Lambert for over a decade, they have never recorded any new material with him. May said that the three of them have actually tried to lay a few things down but that so far it hasn’t gone quite according to plan. According to Roger Taylor, Brian “suddenly lost interest” in collaborating on a new song with Adam Lambert, admitting; “I don’t really know why”.