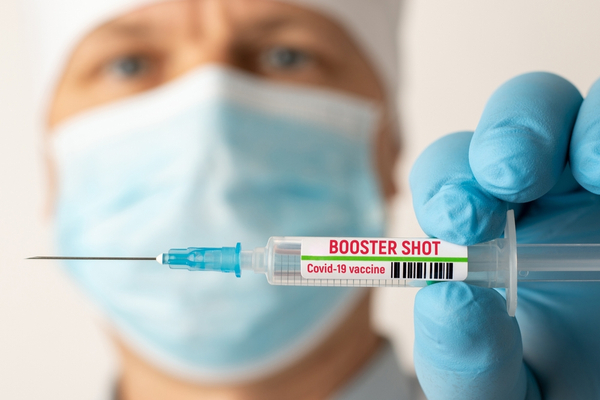 50-years-olds are due to receive their COVID-19 booster jab earlier than expected through preparations made by the HSE. As reported by The Irish Times, the booster jabs will be initially administered by appointment at vaccine centres for people who have had their second dose in the last five months.

According to plans, walk-in clinics will then widen the availability of vaccines for people of the cohort, as it was with those in their 60s. With a mid-December timeframe previously planned for the roll-out, the HSE’s lead for vaccinations, Damien McCallion, had raised the possibility of starting earlier.

“We expect to announce a date for those in the next week. We had said it will be around the middle of December, and we will certainly hold to that, if not earlier,” McCallion said.

Meanwhile, the HSE is waiting for guidance from the National Immunisation Advisory Committee (NIAC) on the roll-out of first COVID vaccine doses to children aged between five and 11. NIAC is also expected to announce whether the HSE should prioritise vaccines for children before moving on to booster doses for younger adult age groups. With NIAC yet to decide on vaccines for children, students are said to be coming to terms with mask wearing to stop the spread.

Dr Mary Favier, the Irish College of General Practitioners representative on NPHET, is glad to see the uptake by children as it is another layer of protection from the virus. Speaking on RTÉ radio’s Morning Ireland, Favier feels there is no one solution to prevent the spread, and “masks are one part of that”.

The ICGP representative feels an extension of mask wearing in schools is a welcome commodity and believes children are showing a willingness to wear them. Without vaccinating the children, Favier understands the high numbers of children being tested at present is to be expected. Testing would give a better idea of the level of the virus in the community and GPs had been referring children for testing to rule out respiratory infections and flu, she explained. She also urges that it is important for anyone with symptoms to self-isolate and book a PCR test.

Although there has been no extension of the vaccination campaign for children aged 5 to 11, Dr Favier said GPs were always enthusiastic about vaccines. However, Dr Favier expressed concern about the decline in referrals for non-COVID illnesses especially lung, breast, and prostate cancer. If people had a long-term cough or lumps, it was “particularly important” for them to have them checked out. “Make those appointments!”

False Report On Queen Death Could Be Mix Up Over Mark...