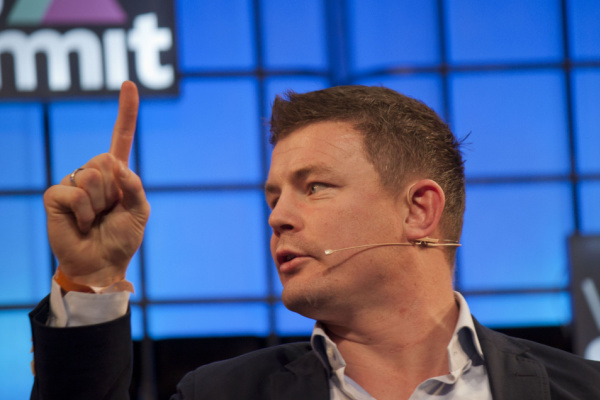 Rugby legend Brian O’Driscoll was left stunned after he realised that he took the wrong dog home from the groomers this week.

The former Ireland international was left completely red faced following his mishap, when he returned home to his wife Amy Huberman with the wrong pet.

O’Driscoll shared the news of his mistake to his followers via Instagram, adding that he though his own dog Phoebe was “a bit quiet with me because she hates getting her haircut”.

“When you take the wrong dog all the way home from the groomers. I just thought all the black had been sheared off her face”, O’Driscoll wrote.

Having realised his mistake, Brian O’Driscoll quickly returned to the groomers, taking home the right dog this time.

“taken off the darker fluff”

“Brian going to the groomers to collect the dog and… taking home the wrong dog! Thought perhaps she had needed a serious groom and had taken off the darker fluff. Off they skipped. I cannot! He may defo need an ould top up on the laser eye surgery”, she wrote.

Amy Huberman was also full of gratitude for the groomers for “being so understanding”. She also joked that she will “collect the kids from school this school this week”.

The mother of three also added that she is doubtful as to whether she will let her husband collect him from the hairdressers, “in case he heads off with someone else’s wife!”.

Amy continued, “Thank you to our ledge groomers for being so understanding, and hope that the other lovely dog enjoyed her 48 seconds in our gaff before going home”.

“Also I think I’ll collect the kids from school this week. Also, I’m not sure I’ll ask him to give me a lift home from the hairdressers next time in case he heads off with someone else’s wife,”.

Last Minute Christmas Shopper? We Have You Covered