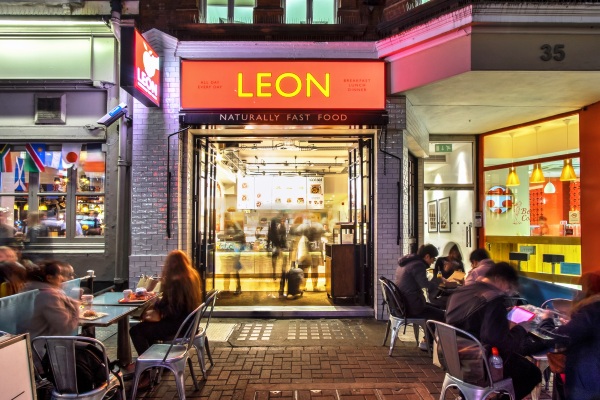 Its announced its first Irish location in Dublin’s Temple Bar. Located on Crown Alley in the former Eager Beaver, LEON will open its doors in May 2019.

The London based chain will open a second LEON outlet in Dundrum Town Centre later in 2019.

LEON’s food is based around the proven health benefits of the Mediterranean diet, aimed at creating fast food that not only tastes good, but makes you feel good too.

The team will be working with local Irish suppliers to bring their menu to Ireland.

The multiple award-winning restaurant group has 63 restaurants worldwide: 50+ around the UK in addition to restaurants in Utrecht, Amsterdam, and Oslo.

The people responsible for bringing LEON to Ireland are Stuart Fitzgerald, Alan O’Neill and Brian McIntyre.

Speaking about the Temple Bar opening, Fitzgerald said; “We are absolutely delighted to finally reveal that Ireland’s first LEON will be located at the former Eager Beaver shop in Temple Bar. Temple Bar is a melting pot of culture, creativity and individuality which makes it the perfect setting for LEON’s Irish launch. We are very proud to be able to say we will be making such a positive impact on the Irish economy over the next five years with the creation of 600 jobs and using so many Irish suppliers in our various locations across the country. We are so excited to be bringing a unique brand like LEON to Ireland.”

“LEON is all about magic fast food, made with natural flavours and ingredients, served to you super quick with amazing, warm service in a welcoming environment. Our aim is to delight guests who come to visit us in Temple Bar, just like the owners of Eager Beaver, Robert and Siobhan, have been doing for so many years,” he added.

Prof Luke O’Neill Talks About Being Attacked In The Street By...