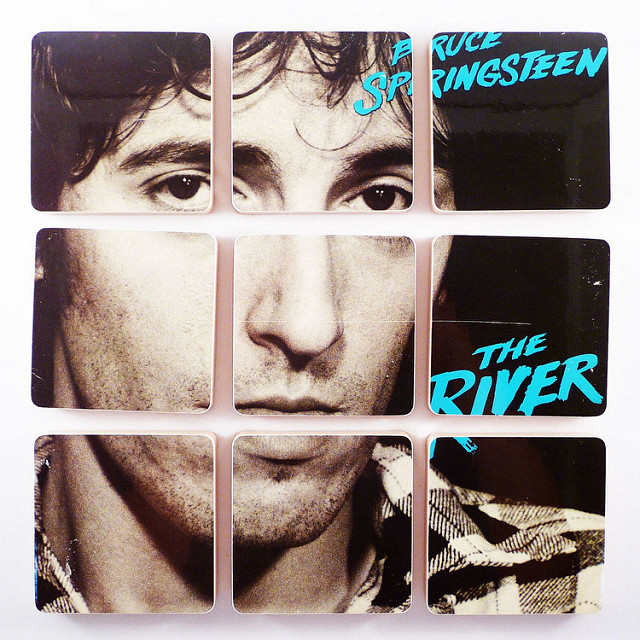 The River is the fifth studio album by Bruce Springsteen and it was released on October 17th, 1980. It would be Bruce Springtseen’s only double album in his career.

After taking his early urban folk tales of cars and girls as far as he could on Born to Run, Bruce Springsteen took a long, hard look at the lives of those same Jersey street kids a few years down the line, now saddled with adult responsibilities and realizing that the American Dream was increasingly out of their grasp, on 1978’s Darkness on the Edge of Town, an album that dramatically broadened Springsteen’s musical range and lyrical scope.

With 1980’s The River, Springsteen sought to expand on those themes while also offering more of the tough, bar-band rock that was his trademark (and often conspicuous in its absence on Darkness), and by the time it was released it had swelled into Springsteen’s first two-LP set.

The River was Springsteen’s most ambitious work to date, even as the music sounded leaner and more strongly rooted in rock & roll tradition than anything on Darkness or Born to Run, and though the album wasn’t the least bit short on good times, the fun in songs like ‘Two Hearts,’ ‘Out in the Street,’ and ‘Cadillac Ranch’  is rarely without some weightier subtext.

As the romantic rush of ‘Two Hearts’ fades into the final break with family on ‘Independence Day’ and the sentimentality of ‘I Wanna Marry You’ is followed by the grim truths of the title tune, nothing is easy or without consequence in Springsteen’s world, and the album’s themes of youthful ideals buckling under the weight of crushing reality are neatly summed up as Springsteen asks the essential question of his career, “Is a dream a lie if it don’t come true?”

Like many double albums, The River doesn’t always balance well, and while the first half is consistently strong, part two is full of songs that work individually but don’t cohere into a satisfying whole (and ‘Wreck on the Highway’ is beautiful but fails to resolve the album’s essential themes).

But if the sequencing is somewhat flawed, Springsteen rises to his own challenges as a songwriter, penning a set of tunes that are heartfelt and literate but unpretentious while rocking hard, and the E Street Band were never used to better advantage, capturing the taut, swaggering force of their live shows in the studio with superb accuracy (and if the very ’80s snare crack dates this album, Neil Dorfsman’s engineering makes this one of Springsteen’s best-sounding works).

The River wasn’t Springsteen’s first attempt to make a truly adult rock & roll album, but it’s certainly a major step forward from Darkness on the Edge of Town, and he rarely made an album as compelling as this, or one that rewards repeat listening as well.

1. The Ties That Bind

7. Out in the Street

9. You Can Look (But You Better Not Touch)

You Can Listen To Creedence Clearwater Revival’s ‘Cosmo’s Factory’ In Full...