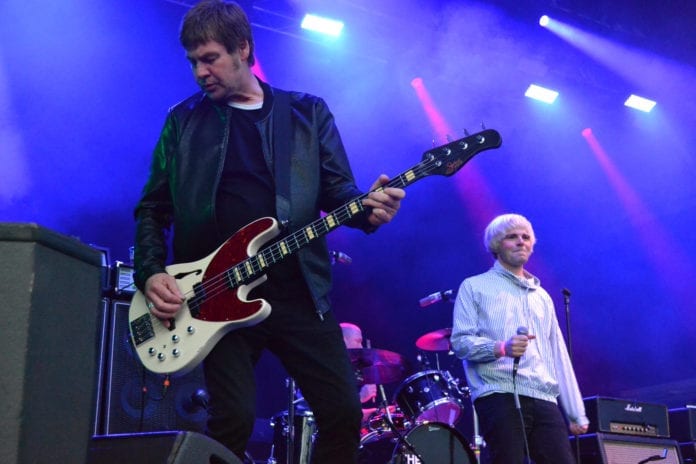 Great news of a Monday afternoon; Indie rock-legends the Charlatans have just announced a gig in Dublin for later this year.

The band will play two Irish dates. They will play Dublin’s the Academy on December 10th and then head up North, to headline the Limelight1 in Belfast the following day.

They are about to release their 13th studio album and are currently preparing for a six date UK tour in support of it. Different Days will be released this May 26th and a series of signing sessions and fan events are lined up to promote the new album. The LP will feature guest performances form Pete Salisbury, the former Verve drummer, Stephen Morris of New Order and Anton Newcombe from Brian Jonestoen Massacre.

In the UK, all of the band’s previous studio albums have charted in the Top 40 in the UK album Chart, three of them being number ones. They have also achieved seventeen Top 30 singles and four Top 10 hits in the UK Singles Chart.

When they formed in the West Midlands back in 1989, the Charlatans were made up of by Bassist Martin Blunt, who recruited fellow West Midlanders Rb Collins (keyboards), Jon Brookes (drums), Jon Day (Jonathan Baker) (guitar) and singer/guitarist Baz Ketley (who later left the band to be replaced by Tim Burgess).

Tickets for their December gigs go on sale this Friday at 9am from usual outlets.

The Flaming Lips Held A Space Bubble Concert At The Weekend