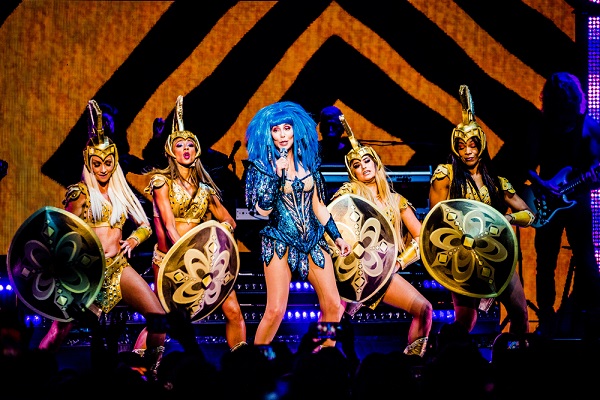 American singer Cher is urging U.S. officials to prosecute Donald Trump, once he steps down as the US President in January. The Strong Enough singer said she will “be dancing around” if Trump sees jailtime.

Cher has shared her hopes and fears for the end of Donald Trump‘s presidency next month in an interview with The Guardian. The 74 year-old thinks Trump should be prosecuted for turning Americans against themselves with his divisive politics, telling the paper: “It’s toxic.”

Last month, Trump lost the general election to Democrat Joe Biden, who will replace him in the White House. However, the current leader has made it clear he’s not prepared to go without a fight, challenging election results at every chance.

Cher showed her support for president-elect Joe Biden ahead of last month’s US presidential election. The singer even reworked and recorded a song, Happiness is Just a Thing Called Joe, for the Democrat’s successful White House bid.

The singer claims that people who just disagreed with each other before “are now enemies” and admits to even hating calling him a president, because “all he does is watch TV.” Cher said Trump was “trying to block Joe at every moment” and is “the most vindictive person I’ve ever witnessed.”

She continued: “I think he’s fighting so hard because he’s going to be prosecuted when he gets out of the White House.” When asked if she thinks prison could be in Trump’s future, Cher added: “I hope so. I’ll be dancing around.”

The American singer even said she hates Trump more than she has hated any other US leader before. Cher said she “pretty much disliked” George W Bush, when he “started those wars.” However, she claims it was “touch and go for hate.”

Cher added: “But the one thing I know is, (Bush) loves America and Trump doesn’t.”