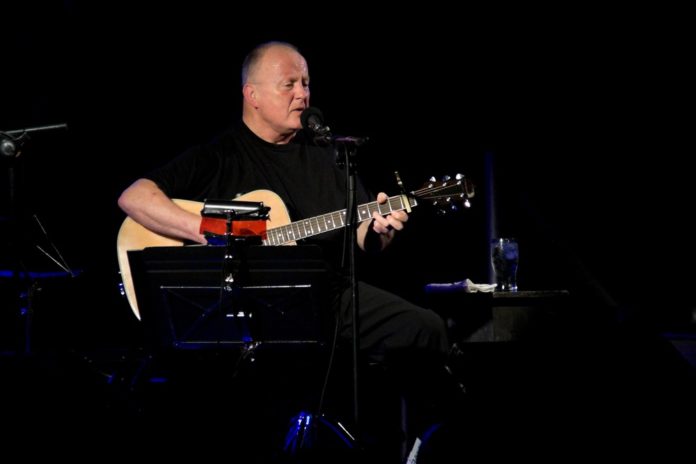 Christy Moore has announced 10 dates at Dublin’s Vicar Street which will commence on 24th November.

The dates are spread across November and December 2021 and January 2002, and will be fully seated concerts.

Featuring twelve songs, Flying into Mystery is a collection that Christy has brought to life through his distinctive writing and unique interpretation of other Artist’s songs.

Speaking of the new album Christy said, ‘It has been a very different recording process this time around…. Since 1969 I have been involved in recording but never with a total absence of live performance.

Since March 2020 all my focus has been on this album.  Once more I’ve been privileged to receive some great songs which kept me well occupied.

These sit side by side with traditional songs and a couple of my own offerings!  I am accompanied by Jim Higgins, Seamie O’Dowd, Gavin Murphy, Mark Redmond, James Blennerhassett and Andy Moore. If regulations permit, I hope to get back out on the road and do some gigs …Thanks for listening….’

Tickets for Christy Moore live at Vicar Street go on sale Thursday 28th October at 9am through www.ticketmaster.ie