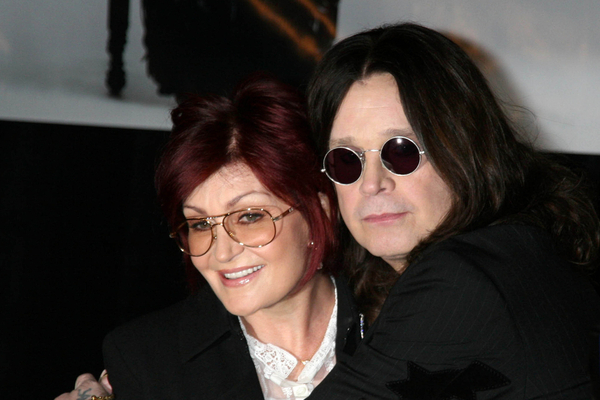 A new biopic on the lives of Ozzy and Sharon Osbourne has been officially confirmed to be the subject of an upcoming feature film. According to Variety, the untitled project will be coproduced with film and television arm of Universal Music Group, Polygram Entertainment.

The new biopic is set to centre around the decades-long bond between the couple, one which blew open the doors of reality tv with flagship MTV reality series, The Osbournes. Oscar nominee, Lee Hall – writer of British coming-of-age comedy-drama film, Billy Elliot – is set to script the project. His writing credits include Rocketman, War Horse, Victoria & Abdul, and the aforementioned Billy Elliot, for which he earned his Oscar nomination for best original screenplay.

The volatile past of Sharon Osbourne’s relationship with the Godfather of Metal was, “at times, was often wild, insane and dangerous but it was our undying love that kept us together. We’re thrilled to partner with Sony Pictures and Polygram to bring our story to the screen.”

Osbourne children, Jack and Aimée will produce via their label, Osbourne Media, alongside Michele Anthony and David Blackman. They will work on behalf of Polygram Entertainment, with Andrea Giannetti overseeing development for Sony. Massive tracks from Ozzy’s library of Black Sabbath and solo hits are also set to feature within the film.

Osbourne Media produces scripted, and unscripted content for multiple platforms with Jack at the helm. Other production work include producing rock-doc, God Bless Ozzy Osbourne for Showtime and, overseeing the production of NatGeo Wild’s series, Alpha Dogs. He made headliner for the 2020 SXSW Film Festival with documentary, Biography: The Nine Lives of Ozzy Osbourne.

Adding the Osbourne biopic to its laden belt, Polygram’s recent projects include Frank Marshall’s The Bee Gees: How Can You Mend A Broken Heart?, and acclaimed documentaries on The Go-Go’s and Beastie Boys. Look out for upcoming projects on Joachim Rønning’s KISS biopic, and Todd Haynes’ feature documentary, The Velvet Underground.