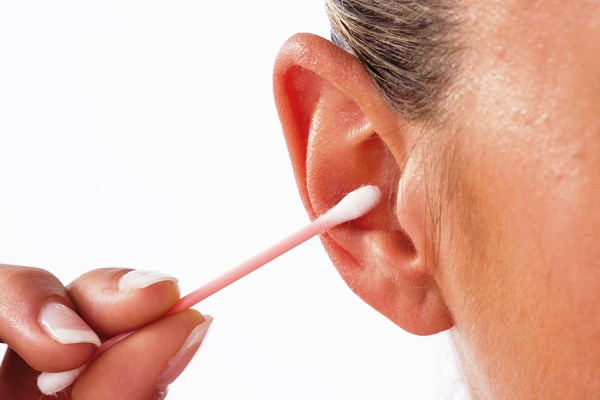 A woman has revealed how close she came to death after using a cotton bud to clean her ears!

Jasmine Small was unable to hear out of her left ear for months but claimed that doctors has dismissed her concerns.

She also had pain when cleaning her ears and often noticed a smelly, brown discharge – and sometimes blood which all evenntually became evident due to a brain infection!

The mother of four, from New South Wales, Australia, was given antibiotics but said they didn’t help.

Eventually she was referred to an ear, nose and throat specialist, who carried out a CT scan.

He discovered an infection deep inside her ear – extremely close to her brain – caused by a loose strand of cotton from an ear bud.

“He said, ‘if you put this off any longer you probably would’ve died’.”

She was told she’d have to undergo an operation immediately, forcing her to cancel her honeymoon. The surgery was a success but her hearing was permanently damaged.

Doctors believe the cotton could have been there for up to five years. However she said while she experienced ear aches, it wasn’t until 2016 that her hearing began to fade.

According to draft guidance from the National Institute for Health and Care Excellence (Nice), you should never put cotton buds in your ears.

Experts say they could push wax even further into the ear canal and damage the eardrum.

Instead, they suggest ear irrigation should be used to help those who are experiencing hearing problems due to wax build-up.

This involves an electronic machine safely pumping water into the ear to remove wax under the guidance of a GP.