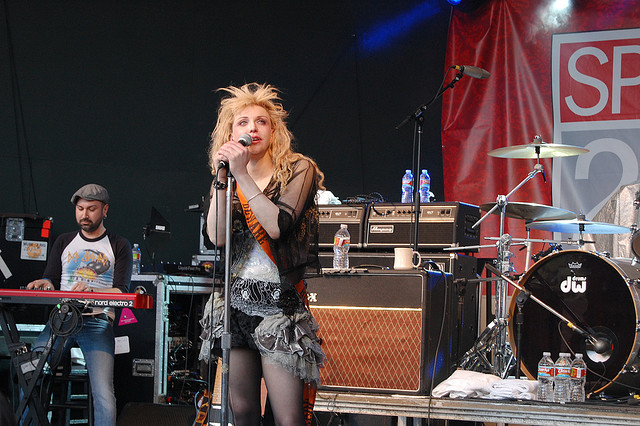 The premiere took place at the 2015 Sundance Film Festival over the weekend.

The sighting of mother and daughter at the screening was a rare sight, as the pair haven’t been seen together in five years.

The movie is named after the singer’s recently unearthed mixtape, it has the approval and support of the Cobain family.

The fully authorised piece has been in the works for years and is produced by Kurt’s daughter Frances Bean.

Rolling Stone describes the film as a “Personal, no-holds-barred portrait of Nirvana’s leader via his own words.”

Director Brett Morgen explains that eight years of preparation have gone into the film. “I started work on this project eight years ago,” he said in a press release. “Like most people, when I started, I figured there would be limited amounts of fresh material to unearth.”

“However, once I stepped into Kurt’s archive, I discovered over 200 hours of unreleased music and audio, a vast array of art projects (oil paintings, sculptures), countless hours of never-before-seen home movies, and over 4,000 pages of writings that together help paint an intimate portrait of an artist who rarely revealed himself to the media.”

The Nirvana frontman has been the subject of many films, including Gus Van Sant’s ‘Last Days’ about the singer’s final days before his suicide and a controversial 1998 Nick Broomfield documentary ‘Kurt & Courtney‘.