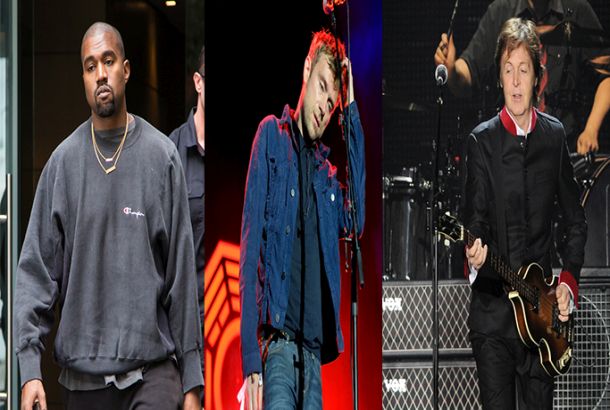 Damon Albarn has criticised Kanye West for involving Paul McCartney in an ‘abusive’ artistic collaboration on the song ‘FourFiveSeconds’. He believes the rapper used McCartney for his own personal gain.

The Blur frontman and Gorillaz co-founder was talking to the French Magazine Nouvel Obs when he called out the rapper for his treatment of The Beatles legend. Albarn was referring to West and McCartney’s collaboration with Rihanna on ‘FourFiveSeconds.’

The Blur frontman said that his warning to Macca fell on deaf ears, ‘but you know, he didn’t pay any attention to it. He is Paul McCartney, after all. And Kanye West is Kanye West. Kanye West is all about Kanye West. He’s like all people who feed off other people.’ Speaking to the press, McCartney recently discussed the details of his collaboration with West, revealing he ‘was tootling around on a guitar, and Kanye spent a lot of time looking at pictures of Kim’.

In an interview with DIY, the iconic bassist said, ‘we ended up just talking a lot. I played a few little things and one of them ended up as ‘FourFiveSeconds’ with Rihanna. It’s more a question of me feeling lucky that these people are interested [in me] and think that I can bring something to it. For me, I feel great. I like diversity.’

Sir Paul continued, ‘we had two or three afternoons where we just hung out together in a Beverly Hills hotel in the bungalows out the back, and he had his engineer and was set up with a couple of microphones in case anything happened, I was tootling around on guitar, and Kanye spent a lot of time just looking at pictures of Kim [Kardashian] on his computer. I’m thinking, ‘are we ever gonna get around to writing?!’

‘But it turns out he was writing. That’s his muse. He was listening to this riff I was doing and obviously he knew in his mind that he could use that, so he took it, sped it up and then somehow he got Rihanna to sing on it. She’s a big favourite of mine anyway, so that just came without me lifting a finger.’