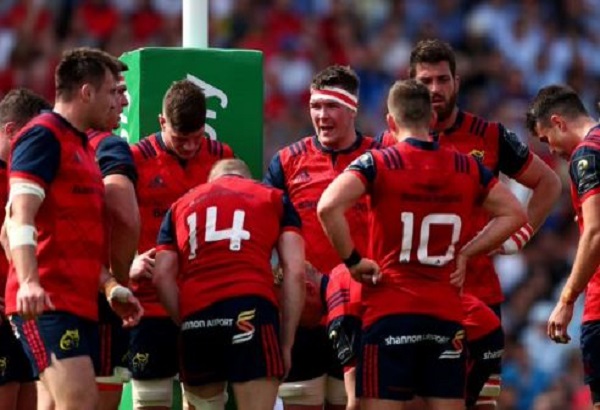 Munster have been beaten 27-22 by Racing 92 in the Champions Cup semi-finals. Racing led the Irish province 24-3 at half-time in Bordeaux.

Teddy Thomas scored two tries for the French club. Maxime Machenaud Maxime got the third try, three conversions and two penalties. There was one penalty kicked by Ian Keatley before the break.

Racing only got one score in the second half – a Machenaud penalty. There was a late flourish from the men in red with a try each scored by Simon Zebo, Robin Copeland and Andrew Conway.

JJ Hanrahan converted the second and third but it was too little too late. Racing will take on Leinster in the final in Bilbao on May 12th.

Our Champions Cup campaign ends at the semi-final stage as Racing 92 hold off our late fightback to claim the win by five points.#R92vMUN pic.twitter.com/0uUHyYOHnI

UEFA To Relocate Ireland’s Clash With Ukraine Due To Russian Conflict?