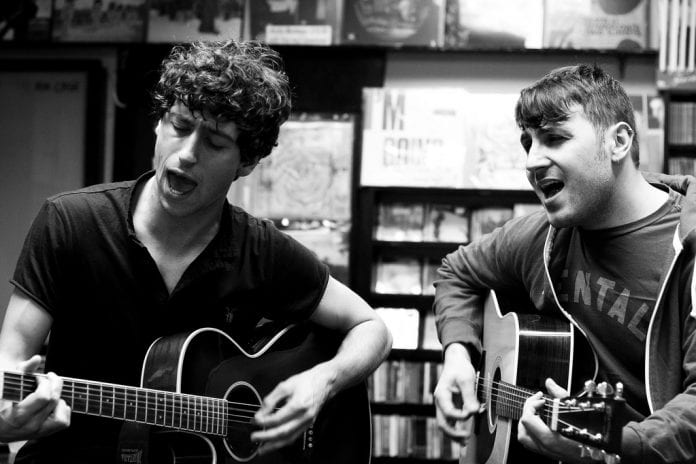 Dublin born band Delorentos have announced a gig in Whelans next year, on Friday, April 13th. Tickets go on sale this Friday, November 17th at 9am. This is an over 18’s event so ID is required on the door.

The Delorentos lads have been jamming together for over 10 years. And they’ve packed a lot into that time. Speaking about their time together they said:

“Delorentos have been making music together for over 10 years, and in that time, we’ve seen and done a lot… Screamed our lungs out on stage, gasped for air between songs, stared arm-in arm, in awe, over fields full of people and at beer-soaked audiences in sweaty bars.”

“Laughed at bad jokes in silly interviews. Cried in anguish, with tiredness, because somebody knows the words. It doesn’t get any easier, but that just makes it more special.”

The gig in Whelans will be in support of their new album which will be released early next year. ‘In Darkness We Feel Our Way’ is the first taste of the album we’re getting, it’s just been released to radio today! The lads have also released the artwork for the track today on Twitter:

👋
I think it’s about time for some music and some gig announcements, wouldn’t you say?#InDarkness pic.twitter.com/w5UbsungpQ

The band will be playing three other intimate shows in Ireland in April 2018, which they officially announced on Twitter today:

Will you be getting your tickets on Friday? We certainly will!